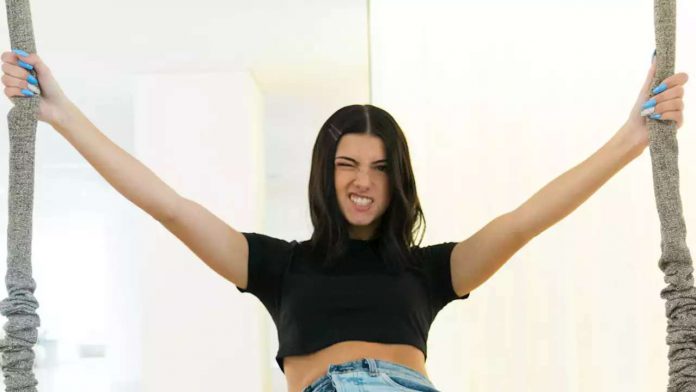 For Variety’s Power of Young Hollywood issue, we interviewed TikTok stars about their lives in quarantine. Charli D’Amelio doesn’t know how she became the most-followed person on TikTok…

TikTok
. Since posting her first video in May 2019, the 16-year-old has danced with Jennifer Lopez, appeared on “The Tonight Show Starring Jimmy Fallon,” performed at the NBA All-Star Game, and signed with one of Hollywood’s top agencies UTA. But if you strip away her 70-plus million followers, D’Amelio is just a regular teenage girl who is trying to navigate this overnight fame while completing her homework. She spoke to
Variety
about how her life has changed over the past year.
How have you been spending time in quarantine?
It’s been a lot of Amazon shopping, a lot of coffee, a lot of Zoom meetings and interviews, and a lot of thinking and working on myself and writing down things on a whiteboard to make sure that I’m getting all my stuff done. It’s just a lot of me staying on top of what I have to do. A lot of me cleaning my room because no matter what I’m doing, it’s always messy. A lot of ordering food, of course.
What have you been binge watching?
I just finished all 16 seasons of “Grey’s Anatomy.” So that was a lot. And now I’m watching “Stranger Things” again.
How did your friendship with Noah Schnapp start?
Noah and I had just been friends on Snapchat, and we were just mutuals because we both are around the same age in this world of being in some sort of spotlight. I think his team reached out to mine and were like, “Hey, we should collab.” And I was like, “That’s so cool.” He actually came to my home dance studio because we live near each other, and we just shot two YouTube videos. He’s so sweet. He’s a very, very, kindhearted person. He taught me how to act. I taught him about a dance. It was so much fun.
When did you first download TikTok?
I got started with TikTok because all of my friends were using the app and posting on their accounts. I didn’t have an account, so I was just dancing on their phones and I’d be like, “Oh, can you send me that? That’s so cool.” Eventually I decided to make my own account because I was having so much fun making all of these dance videos with my friends. I got the app, I started dancing, my videos started getting a little bit more popular on the app and a lot has happened since then. Now I’m here getting to do stuff like this.
You have over 70 million followers. Did you have any idea just how big your account would become?
No. When I hit a hundred thousand followers, my sister was like, “Okay, calm down. Talk to me about this when you hit a million.” I was like, “I’m never going to do that. That’s so difficult.” Then it turned into these crazy big numbers that I can’t even comprehend.
When this all happened, you were still in high school and living in your hometown. How has your life changed?
At first, it was really uncomfortable because when TikTok started, it was kind of like, “Oh, you’re on TikTok? That’s weird.” So I wouldn’t tell people. Someone would come up to me and maybe ask for a picture and then someone else would be like, “Oh, how do they know you? Like, what are you from?” I was like, “Oh, I do social media. I don’t know,” and I would get super uncomfortable. Then my friends would be like, “Hey, I saw you on my ‘For You’ page. That’s so weird.” It was a lot of that until I felt comfortable to be like, “Yeah, I’m on TikTok.” I just started posting videos, not really caring what anyone else thought, because I was having fun making them. But since then, I have switched to an online one-on-one schooling program that’s great for me because I tend to have a pretty busy schedule. So I’m able to work my hours of schooling around that and I can do them a little bit earlier and get them done. I’ve also been able to make a lot more friends out in California.
You were ahead of the online schooling curve.
Oh yeah, I started a few months before everyone else did. And everyone was like, “Did you drop out of school?” I was like, “No, I do online school.” They were like, “That’s not real school,” and now everyone’s doing it.
How did you explain your TikTok fame to your parents?
My parents have always followed me on all of my social media. They knew about every account I had. I started posting on TikTok and then they got on TikTok so they could watch me. They’re like, “What are you posting? I’m so confused.” And then they actually got really, really, smart with the app and it was kind of all we were talking about. I’d be like, “Oh my goodness. This person followed me. That’s so crazy. They’re verified.” So there was a lot of that at the beginning. Everyone just kept checking in on what was happening and now they really understand and they make their own videos and they make videos of my sister and I.

Who was one of your first celebrity fans?
I feel like James Charles was one of the first people to like reach out to be like, “Hey, we should collab.” And I remember I was so nervous to even answer because I had been watching him for such a long time. I was like, “Hey mom, James Charles asked me to collab.” I remember I met him for the first time and I literally was hiding because I was so scared to meet him and I didn’t know what to do. And of course, J.Lo. That was crazy that she even knew who I was. It’s pretty insane to see. Trippie Redd just followed me the other day. I was like, “What?” It’s still crazy to me.
Do you consider yourself famous?
Definitely not. I consider myself a normal teenager that a lot of people watch for some reason. I mean, it doesn’t make sense in my head, but I’m working on understanding it.
What has been the most surprising part about TikTok fame?
I think the fact that it’s become so mainstream. I mean, Justin Bieber is on TikTok. J. Lo is on TikTok. I feel like it takes people that get big on a new platform a lot of time to be respected in this world, which I’ve seen just through watching, and it’s really crazy to see how TikTokkers are being able to do all of this amazing stuff. I was able to go on with Jimmy Fallon and Live with Kelly and Ryan. At that point it was under a year of doing this.
What does your for your page look like?
I compare it to my friends’ for you pages and mine’s weird. It’s got a lot of subway surfers, a lot of people arguing whether they’re on own straight TikTok or alt TikTok. I see a lot of hashtag alt TikTok on my for you page, but at the same time I see a lot of dancing content. I feel like everyone’s a little bit in the middle, because a lot of people’s for your pages are very, very similar.
How do you deal with online bullying?
It was a lot more difficult at the beginning because as a person I’m pretty sensitive and I tend to take things to heart. I was really struggling. Everything that these people say about me really hurt me. I went through a long time of people hating me just to hate me. I didn’t really do anything, so I didn’t understand. But since then, after being able to show people my personality a little bit more, they’ve been able to see that I’m just a normal teenage girl that’s having fun on an app. Obviously there’s going to people that don’t like my videos, which is going to happen, not everyone’s going to like you. It took me a long time to realize that just because I didn’t want to, but since then, I’ve really been able to become more confident in myself and surround myself with people that support me so I’m able to feel content with what I do and not care for the negative things.
Your sister Dixie also has a big following on TikTok. Does it help having her to go through this journey with you?
If I didn’t have my family doing this with me, my experience would be very, very different. I think going through this alone would be a lot more complicated and I don’t think I would be able to do it like I am right now.
What’s been one of the most difficult parts about having so much publicity so young?
I feel like hate is obviously a big part because it’s hurtful no matter who you are and no matter how many followers you have. I’d say not being able to go outside in sweats and a sweatshirt and my hair in a bun and my glasses on with some pimple cream because you never know who’s going to be there. People will post a picture on TikTok of them meeting me and I’m like, “Oh, I’m so sorry you had to see me that day. I was not dressed up. I was not ready for that.” It’s very different, but I definitely wouldn’t change it for the world because now I’ve been given this voice where people can listen and see the things that I have to say. I just want to be able to continue to use that to spread a positive message.
What would you do if TikTok was banned?
I don’t know. I hope it doesn’t get banned. I hope that they figure out the safety reasons behind it and everything works out. But if not, I’d probably continue posting on my other social medias like YouTube and Instagram and Snapchat and Twitter and just continue to have fun. I mean, I’d still be dancing because dance is a big part of my life, TikTok or no TikTok. But of course I’m always going to be so, so, so thankful that I had TikTok to get me where I am.
Related: