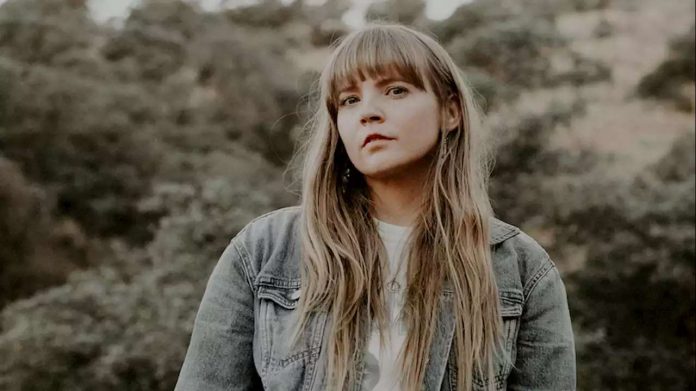 All the Americana, folk, roots and country songs that should be on your radar right now.

. If “Victory” is any indication of what’s to come,
The Third Gleam
could be some of their best work in years.
—Ellen Johnson
It should come as no surprise that The Chicks are consistently resilient on their relentless fifth LP
Gaslighter
. The same Natalie, Martie and Emily who threatened their best friend’s cheating husband on “Goodbye Earl” are fired up on every
Gaslighter
song, particularly “Sleep At Night,” where Maines asks, “My husband’s girlfriends’ husband just called me / And how messed up is that? / It’s so insane that I have to laugh,” before adding, “But then I think about our two boys trying to become men / there’s nothing funny about that” and recounting the instance where her husband brought the aforementioned side piece to a Chicks show. How does he sleep at night, indeed.
—Ellen Johnson
On her new album
Old Flowers
, Americana singer/songwriter Courtney Marie Andrews stares heartbreak in its ugly face. However, it sounds really beautiful when she does it. On this buoyant single from the album, Andrews scrambles to avoid the pain of an old relationship, searching high and low for contributing factors beyond her own control that may have contributed to the breakdown. She says she feels like she’s gone “crazy,” “Like the women in my family usually do / We can’t seem to keep our heads on.” But, really, she just sounds like a woman running away from continued heartbreak.
—Ellen Johnson
John Prine: “I Remember Everything”
Earlier this year, beloved folk legend John Prine passed away after contracting COVID-19. A livestream tribute was held for him later on, with appearances from many famous celebrities, and his estate shared his final song “I Remember Everything.” The nostalgic ballad was produced by Dave Cobb and co-written by Prine and his longtime collaborator Pat McLaughlin. Its lyrics are as beautiful as any John Prine song: “I remember everything / Things I can’t forget / The way you turned and smiled on me / On the night that we first met.” Break out the tissue box, and watch Prine performing “I Remember Everything” in a living room below.
—Danielle Chelosky
Lori McKenna: “When You’re My Age”
McKenna co-wrote “When You’re My Age” with her longtime partners Hillary Lindsey and Liz Rose (collectively, the trio is known as the Love Junkies), and the same goes for “Two Birds,” a sprightly and cleverly written song about a love triangle that falls apart. “When You’re My Age” is a striking piano-driven ballad built around McKenna’s hopes for her kids’ (and, someday, her grandkids’) future. It’s the kind of song that could come off as treacly in less capable hands, but McKenna imbues it with the generous tenderness of a seasoned parent: “They’ll outgrow their shoes. They’ll outgrow their beds. They’ll outgrow that house and you can’t stop it,” she sings, her voice nearly cracking with emotion.
—Ben Salmon
Margo Price: “Twinkle Twinkle”
“Twinkle Twinkle” is a blaring rocker, where country singer Margo Price offers a vivid account of paying dues on her long, circuitous route to stardom. “Playin’ dives, tryin’ to stay alive / Twinkle, twinkle little star,” she sings over rowdy guitars. In that sense, Price has definitely upended expectations, by gutting her way through the disappointment, self-doubt and financial peril of a musician hoping for a break. She’s earned hers, to be sure, but her new album
That’s How Rumors Get Started
suggests that she’s still getting her bearings after such a tumultuous ride.

—Eric R. Danton
Veteran folk singer/songwriter Mary Chapin Carpenter strapped on her boots for a new album called
The Dirt And The Stars
(out Aug. 7), and so far the singles have been promising. That includes “American Stooge,” a classic Americana rocker about a jaded all-American guy who can’t quite find the right avenues for his cynicism. Or, as Carpenter puts it, “‘American Stooge’ is a song dedicated to those experts in sycophancy who roam the halls of Congress and government, attaching themselves to any powerful interest that suits their need to be relevant and feeds their appetite for power.”
—Ellen Johnson
“Radio Cloud” is the Nashville singer/songwriter’s third single from his forthcoming album
Shape & Destroy
(out Aug. 28). It’s a cathartic country-folk ballad, following the release of the very Elliott Smith influenced “Rubber” and “Brave.” The album is sure to be an enchanting, emotional masterpiece.
—Danielle Chelosky
Choctaw-American roots singer/songwriter Samantha Crain recently released a lovely new album called
A Small Death
(which is a lot more hopeful than it sounds). One standout track from the record is the lo-fi “Holding to the Edge of Night,” which finds night-owl Crain questioning “What’s that silence inside me that expands into the dark?” Morning people won’t relate to this lovely tune, in which Crain describes herself as coming to life at nighttime: “And as the moon floats above her, she unfastens all the fear.”
—Ellen Johnson
It’s been quite a while since Taylor Swift could reasonably appear on a list about “Americana” music or any roots-based songs. But on her surprise-released wonder album
folklore
, she sinks comfortably back into acoustic music like falling into bed after a long, hard day (while still cranking out beautiful pop songs, too). “invisible string” is the pluckiest of them all, though, as Swift creates a lush landscape with Iron & Wine-esque acoustic guitar while Aaron Dessner offers bustling instrumentation underneath. Thematically, “invisible string” is about two people’s parallel timelines weaving in and out of each other. But it also finds Swift in a satisfied state, making peace with past relationships: “Cold was the steel of my axe to grind / For the boys who broke my heart,” she sings. “Now I send their babies presents.” Maybe time really does heal all wounds.
—Ellen Johnson
The War and Treaty, the powerhouse married soul duo made up of Michael Trotter Jr. and Tanya Blount-Trotter, will release their new album
Hearts Town
on Sept. 25. Lead single “Five More Minutes” is, like so many of their other songs, a hopeful and uplifting ballad about savoring every moment with a loved one. Through Michael’s eyes, it’s actually about the life-saving powers of love (sung to a groovy, piano-based beat): “After years of falling in and out of financial and mental depression, I had finally had enough,” Michael said in a statement. “I was ready to take my own life. But in my darkest moment, where I was ready right then and there to end it all, my wife Tanya asked one last thing of me: ‘Just give me five more minutes. Stay with me. Just five more minutes to love you.’ And something in her eyes, something in her hands convinced me to give her that five more minutes.” Apologies if you can’t hear the song over the sound of my sniffles.
—Ellen Johnson

Britney Spears Shares Fave Songs from the ’00s Including Tracks by...

Help! My Friends Say They “Rescued” a Dog I Think They...

Guess Who This Turtleneck Tot Turned Into!