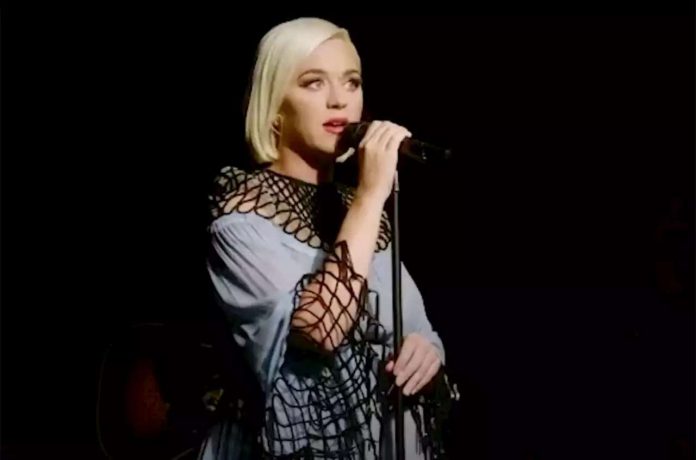 stopped by SiriusXM’s virtual Celebrity Session on Tuesday (July 28) to perform live and answer fan questions about her upcoming album,
Smile
.
During the chat, the pop singer revealed the song she’s most excited for her unborn daughter to one day hear off her long-awaited fifth LP is album closer”What Makes a Woman.”
“It’s a song about how you are gonna to have a tough time measuring what truly makes a woman because women are so many things,” Perry explained.”And I like to say not one thing, not just one thing. And such chameleons, and so adaptable, and so malleable and transformative. And can handle the weight of the world on their backs and do it all in heels. And make it look pretty effortless sometimes.

“I’ve just experienced the feeling, just, I feel very empowered creating a life and being a working woman whilst doing that,” she continued.”It’s like, can you create limbs while promoting a record? Hello!…So ‘What Makes a Woman’ will be a song that will kind of secretly be dedicated to her.”
The star’s performance comes days after she announced that
Smile
, which was originally scheduled for release Aug. 14, was being pushed back two weeks to Aug. 28. The album also features lead single”Daisies” as well as Perry’s 2019 releases”Never Really Over” and”Harleys in Hawaii.”
Watch Perry open up about the inspiration for”What Make a Woman” below.