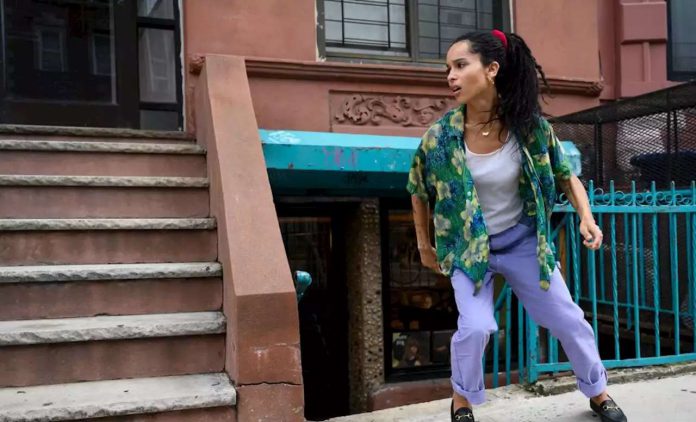 Zoë Kravitz is taking a shot at Hulu’s on-screen diversity record over the cancellation of her series, High Fidelity, after one season. In a response to fellow actress Tessa Thompson’s …

Love, Victor
, with a Latinx title character, the leads in those series are all male.
Kravitz also received support from screenwriter and actor Lena Waithe, who wrote, “NOOOOOOO!!! I rarely find shows that genuinely impress me. This one did. I told you how much I loved this show. And I still do. This one definitely deserved another season.”
Related Story
Questlove, the drummer of The Roots, added his sentiments on the cancellation.
“WHHHHHAAAAAAAAAAAATTTTTTT!!!?????????!!!!!!!!!!!??? Why do I always find out about tragic s**t this way?!”
Kravitz replied, “@questlove ugh. i’m sorry ! i was truly about to text you.”
High Fidelity
was based on the 1995 book from Nick Hornby and the 2000 film starring John Cusack. The Hulu servies featured Kravitz in the lead role of Robyn “Rob” Brooks, and co-starred Da’Vine Joy Randolph, Jake Lacy, and David H.

Holmes.
“I wanna give a shout out to my #highfidelity family,” the actress said on
Instagram
, along with a slideshow of photos from the series. “Thank you for all the love and heart you put into this show. i’m in awe of all of you. and thank you to everyone who watched, loved and supported us.” She ended her note with a peace sign emoji followed by the hashtag #BreakupsSuck.
Veronica West & Sarah Kucserka, who developed the series for television, executive produced alongside Kravitz, Midnight Radio’s Scott Rosenberg — who co-wrote the High Fidelity feature — Josh Appelbaum, André Nemec and Jeff Pinkner, as well as Nick Hornby. Jesse Peretz directed and executive produced the pilot.
Subscribe to
and keep your inbox happy.
Read More About:

Variety Studio Returns to Sundance With Virtual Interviews in Partnership With...

Please Stop Posting Zoom Screenshots of Me Without Asking