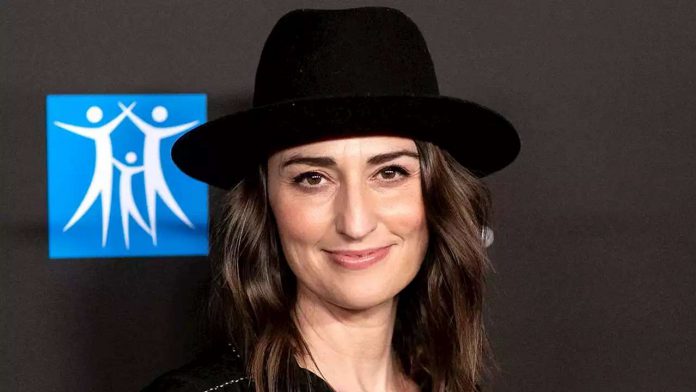 The Grammy winner will play a member of a former one-hit wonder group in ‘Girls5eva.’

Tina Fey and Robert Carlock’s Peacock comedy
Girls5eva
has found one of its leads in Sara Bareilles
The Grammy winner will star in the show about a former one-hit wonder girl group that takes another shot at stardom. Another Peacock series,
Rutherford Falls
, has also rounded out its cast.
Created by Meredith Scardino (
),
Girls5eva
centers on the members of a 1990s girl group. When their one hit gets sampled by a young rapper, they reunite to give their pop star dreams one more shot. They may be grown women balancing spouses, kids, jobs, debt, aging parents and shoulder pain, but can’t they also be Girls5eva?
Bareilles will play Dawn, a member of the group who’s not a bit restless in life managing her family’s small Italian restaurant in Queens. She reluctantly gets the band back together and finds it might just be exactly what she needed.
“It is a pinch me moment to get to cross paths creatively with women like Meredith Scardino and Tina Fey, who I have been a fan of forever,” said Bareilles. “I am a longtime admirer of so many of the characters they have brought to life in other projects, and I am already in love with the women at the center of
Girls5eva
. I am so excited to help bring to life what I know will be a smart, creative, hilarious show with a lot of heart.”
Bareilles won a Grammy earlier this year for best American roots performance for her song “Saint Honesty.

She starred in and wrote music and lyrics for
Waitress
on Broadway and is an executive producer of Apple’s series
Little Voice
, which features original music from her.
Scardino executive produces Girls5eva with Fey, Carlock, Jeff Richmond, David Miner and Eric Gurian.
Rutherford Falls
, from creators Ed Helms, Sierra Ornelas and Mike Schur, stars Helms as Nathan Rutherford, a local legend in a town in upstate New York that’s turned upside down, along with the Native American reservation that borders it, when he fights the moving of a historical statue.
The cast will also feature Jana Schmiedling (
Blast
) as Nathan’s smart and hopelessly principled best friend, Reagan Wells; Michael Greyeyes (
I Know This Much Is True
) as Terry Tarbell, Reagan’s boss and the CEO of his tribe’s mid-level casino; Jesse Leigh (
Heathers
) as Bobbie Yang as Nathan’s non-binary, outspoken teenage intern/executive assistant; and Dustin Milligan (
Schitt’s Creek, Bones
) as Josh Cogan, a reporter and podcaster who becomes interested in what’s going on in the town.
Helms, Ornelas and Schur executive produce with Mike Falbo, David Miner and Morgan Sackett.
Both shows hail from Universal Television.
Rutherford Falls
is also produced by Fremulon, 3 Arts Entertainment and Pacific Electric Picture Company.
Rick Porter