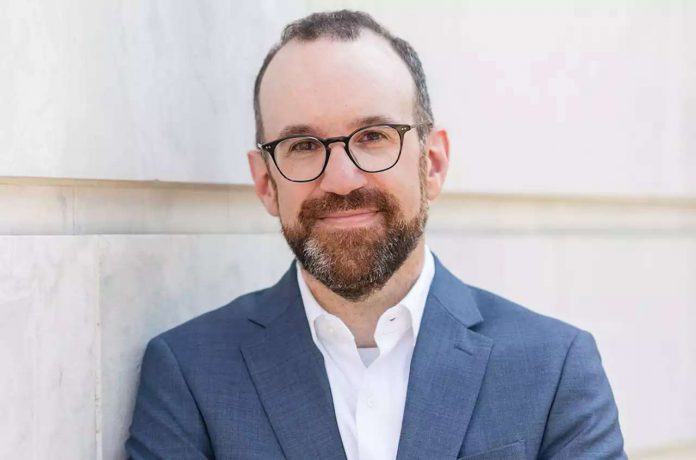 The U.S. Department of Justice recently convened a series of workshops to review "competition in licensing in public performance rights."

Courtesy Photo
Garrett Levin, CEO of the Digital Media Association
“The decrees are not broken,” writes Garrett Levin, president and CEO of digital services trade group DiMA.
The U.S. Department of Justice recently convened a series of workshops to review”competition in licensing in public performance rights.” For a government agency considering seismic changes to music licensing laws, it was well-intentioned and an appropriate exercise. Regrettably, however, the conversation lacked the critical perspective of numerous voices, including the music streaming services and consumer advocates.
The discussion throughout the workshop, much like the larger ongoing conversation around music publishing reforms, repeatedly returned to calls for”modernizing” the Justice Department’s consent decrees that protect licensees and consumers from the anti-competitive effects of the two largest performing rights organizations (PROs) — ASCAP and BMI. The requests for”modernization” were virtually all premised on the need to address the innovations in music distribution made possible by digital music companies. Modernization is an important goal when outdated systems truly no longer work; as an industry we recognized that was the case in mechanical licensing and came together to pass the Music Modernization Act.
But let’s be very clear that the PRO consent decrees are not hindering the music industry or in need of modernization because they happen to have originated in the 1940s. The decrees aren’t unnecessary and outdated because they have been in place for decades. They have existed for decades precisely because of their ongoing value in ensuring fair and competitive access to music works. And they aren’t obsolete because of innovations in music distribution — improvements made possible because the consent decrees recognize that differences in distribution tech don’t equate to differences in licensing needs.
Their continued utility is exactly why, when the decrees were last reviewed just a few years ago, the DOJ chose to leave them in place. And their continued existence is why the public performance licensing marketplace has worked more effectively and efficiently in the digital era than mechanical licensing did before the MMA.
Those listening to the conversation could be forgiven for feeling like they stumbled into a policy debate circa 2005 where a struggling music industry appeared powerless to harness the awesome power of digital distribution. But in 2020, content delivery by DiMA’s members is at the heart of the music industry.
In the United States alone, there are nearly 100 million paid subscriptions to streaming services. Those music fans have access — in their pockets, in their cars, through their smart speakers and other connected devices — to a catalog of music unlike anytime in recorded music history. In turn, creators, copyright owners, and other participants in the ecosystem like the PROs have a robust source of revenue from fans willing to pay for that access.
The music business is resurgent
because
of streaming. That success is appropriately and routinely touted by our partners — labels, songwriters, publishers and PROs — all of whom have achieved and catalogued impressive growth over the last few years.
Of course, DiMA members — Amazon, Apple, Pandora, Spotify, YouTube — are also proud of their immense contributions, including billions of dollars invested in research and development to build innovative platforms that have attracted hundreds of millions of fans and resulted in the delivery of billions of dollars in revenues to participants throughout the music industry. A robust marketplace does not happen without satisfied fans eager to spend their time, money, or both, on a captivating musical experience.
Even as a global pandemic has tragically exacted a heavy toll on the live music business and other entertainment industries, fans continue to stream their favorite songs and subscribe to music services. This is a testament to the extraordinary music created by artists and songwriters, as well as the platforms that are clearly offering immense value to fans.

Given that streaming is essential to a successful music industry, it is puzzling that the rhetoric of many workshop participants seemed to suggest a fatally broken marketplace that fails to recognize their contributions.
Throughout the workshops, multiple participants stated that the decrees were not put in place for the benefit of successful technology companies. We agree, but this misses the core point. The decrees were not put in place because of any specific characteristics of any one group — they were put in place because collective licensing of otherwise competing songs and setting a fixed price for those works raises significant antitrust concerns that persist to this day and impact licensees of all sizes. Nothing discussed in the workshop would tackle these core concerns that are the basis of these decrees.
Various participants also made the point that it was somehow ironic that tech companies under scrutiny from antitrust regulators in unrelated contexts were seeking the protection of the antitrust laws in music licensing. This is nothing more than a red herring. The options for consumers are extensive. Streaming services compete vigorously amongst themselves, and with new market entrants, both here and abroad. Our label and publishing partners understandably leverage that competitiveness to their own advantage. In contrast, no one can plausibly argue that PROs compete with each other for licensees.
We also heard the false claim that, absent modification of the consent decrees to allow for so-called”selective withdrawal” of digital rights, copyright owners would not have the ability to license their works directly to music services. This is simply untrue. PROs may only grant nonexclusive licenses, leaving copyright owners free to negotiate directly with any licensee they choose. In fact, many publishers have successfully negotiated direct licenses that cover public performance (and other) rights with DiMA members. What the publishers are asking for is not the ability to license directly but a world in which licenses can be obtained only from them.
Today’s music fans expect access to massive catalogs of works, leaving digital music services with no choice but to obtain licenses from all PROs, publishers, or other entities that control some meaningful amount of public performance rights. This isn’t a choice between Coke and Pepsi, as ASCAP has suggested; it is an obligation to order both (plus, in a world of selective withdrawal, non-colas and sparkling water, etc.) or not get your meal. Selective withdrawal is not only a recipe for epic dysfunction, it raises the risk of supra-competitive pricing and actions by rights holders that deprive consumers of access to the music they expect. This outcome is even more likely in a world where copyright owners insist that they are only licensing fractions of works that cannot be played without first obtaining licenses from every co-owner.
A resurgent, transformed music business does not happen in a vacuum and it does not happen by accident. It is the result, in part, of progressive and efficient licensing that helps produce a functional marketplace. When a piece of the system doesn’t work, as in mechanical licensing for digital services, our community has proven it can come together and produce something collectively beneficial, like the Music Modernization Act. The critical antitrust protections afforded by the consent decrees have allowed collective licensing of public performance rights to be one of the stable pillars underpinning the growth of the modern music business. The decrees are not broken. Changes in the complex world of music licensing must be justified through an honest and open reckoning with the realities of today’s music industry.
That burden has not been met.
Garrett Levin is president and CEO of the Digital Media Association (DiMA).

Harry Styles Made a Short Hilarious Cameo in the Saturday Night...

How The Pandemic May Be Influencing Voters