Home Woman Tyler Perry Pays for All Groceries for the Elderly at 73 Stores... 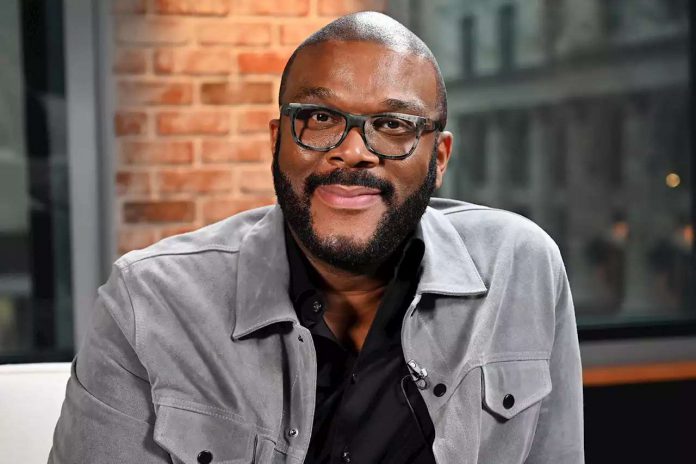 Tyler Perry surprised elderly shoppers across two states Wednesday morning by covering the cost of their groceries, PEOPLE has exclusively learned. The TV and movie…

You’ll get the latest updates on this topic in your browser notifications.
A number of
stores are opening their doors early to older people
so that they can get their shopping done without the fear of large crowds amid the coronavirus outbreak.
His act of kindness comes after Perry gave $21,000 in tips for workers at an Atlanta restaurant while picking up takeout, PEOPLE confirms.
Perry has often famously given a helping hand to those in need.
RELATED:
Tyler Perry Helps American Couple Held ‘Hostage’ in Mexican Hospital by Paying $14K Medical Bill
In November, Perry came to the aid of a couple from Atlanta who was forced to seek medical treatment while on vacation in Mexico and then were prevented from leaving when they could not afford their $14,000 medical bill.
A source told PEOPLE the star paid the couple’s medical bill and also covered their travel expenses as soon as they were cleared to leave.
“Today I am thankful for and will
,” Austin wrote on Facebook at the time. “My mom was also a huge fan of his.

RELATED VIDEO: Tyler Perry on Why He Decided to Quit Playing Madea
In December 2018, Perry spread the holiday cheer by saying
at two Walmarts in Atlanta. (A layaway allows customers to reserve items at a store by making a deposit and paying the balance later at pick-up.)
LeMia Jenkins, a spokesperson for Walmart, told PEOPLE at the time that the
Acrimony
director paid about $434,000 in layaway items — products that were ordered by 1,500 people ahead of the holiday season.
“Tyler Perry’s generous donation is making an unbelievable difference for so many families, and we can’t thank him enough for his kindness,” she said in a statement. “The heartfelt excitement and joy we’re seeing from our customers as a result of his holiday gift has been touching.”
The company responded to the actor’s act of kindness, in a response posted on Twitter, “Anonymous or not, we hope you know that you just made Christmas for so many families. You went above and beyond. Thank you
#

My Broke Boyfriend Wants Us to Live Together!’