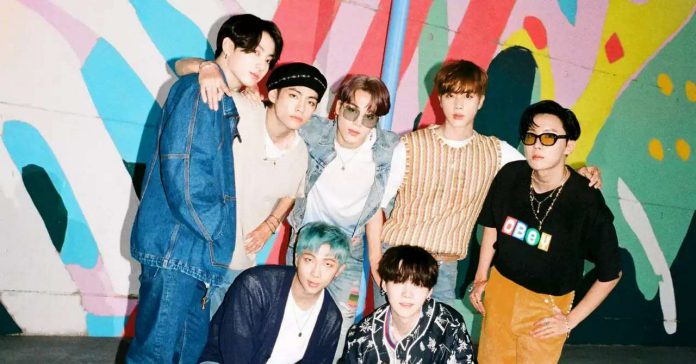 It’s been a summer of finding boosts of serotonin wherever we can get them.

to Apple Music’s New Music Daily
, “We’re trying to look at everything in a more positive light. We’re working on our music and that is one of our ways of healing.”
BTS’s “Dynamite” is lighthearted, energetic pop that proves yet again the dexterity they possess with sound and aesthetic. They chose the song precisely for that energy, a shift from the overall arc of their last album.
Map of the Soul: 7
, which was released in February, built a road of shadows and dreams achieved, arguments and friendships restored, time and the passing of it. That road is fractured now, moving in any number of directions. “Dynamite” is one of those new paths, even as it recalls past images.

In the “Dynamite” music video, the seven members — RM, Jin, Suga, J-Hope, Jimin, V, and Jungkook — shine through a city of discos, record stores, ice cream trucks, and donut shops with “a little funk and soul.” The early ‘70s Jackson 5 energy is big on the beat, and the choreo is all twisty kicks and finger guns. They’re in the stars, they’re grinning, Jungkook is jumping on Jimin’s back, they’re lighting it up like dynamite. It’s fun! It’s bright! It’s impossible to watch without grinning just a little.
The natural predecessor to “Dynamite” is, of course,

Kanye West Is Planning to Launch a Yeezy Cosmetics Line –...

The Weirdly Effective Beauty Treatment That Uses a Scalpel