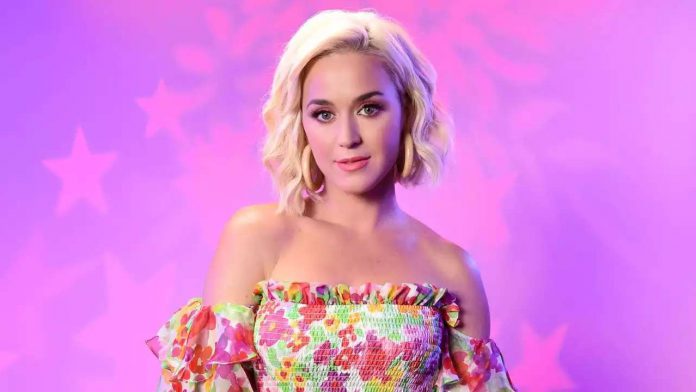 Her sixth studio album, ‘Smile,’ drops on Friday, just days after the singer gave birth to her first child with Orlando Bloom.

August 27, 2020
News broke late Wednesday that Perry, 35, and Bloom, 43, had welcomed their baby girl into the world. Bloom also shares 9-year-old son Flynn with his ex-wife, Miranda Kerr.
“We are floating with love and wonder from the safe and healthy arrival of our daughter,” the happy parents shared in a statement to UNICEF, who announced the news.”But we know we’re the lucky ones and not everyone can have a birthing experience as peaceful as ours was. Communities around the world are still experiencing a shortage of healthcare workers and every eleven seconds a pregnant woman or newborn dies, mostly from preventable causes.”
“Since COVID-19 many more newborn lives are at risk because of the increased lack of access to water, soap, vaccines and medicines that prevent diseases. As parents to a newborn, this breaks our hearts, as we empathize with struggling parents now more than ever,” the goodwill ambassadors continued.”We know UNICEF is there, on the ground, doing whatever it takes to make sure every expecting mother has access to a trained health worker and access to quality healthcare. In celebration of the heart we know our daughter already has, we have set up a donation page to celebrate DDB’s arrival. By supporting them, you are supporting a safe start to life and reimagining a healthier world for every child. We hope your ♥️ can bloom with generosity.”
In addition to being a new mom, Perry is also gearing up for the”birth” of her
Smile
album, out Friday.

While speaking with ET earlier this month, she joked about which would come first — the baby, or the record.
“We’ll see what kind of headline [the baby] wants, if she wants to be the opener or the closer,” Perry said with a laugh.”I have a feeling that she does not follow.”
“But I’m just grateful that I get to release the album this summer. It’s a summer record and it’s full of hopefulness, it’s full of light and joy and it’s not just taking up space and noise,” she continued.”I hope that these songs which I wrote going through one of the darkest times of my life could be inspirational to anyone else that’s going through whatever they’re going through, because music has always been that for me.”
Perry also opened up about how she and Bloom plan to raise their baby girl differently than how the singer grew up, with pastor parents Mary and Maurice.
“I am just excited to be able to raise her in a different way than what I was raised and to let her think for herself and have choice and discover and just lean into the magic in life and dress like whatever she wants to dress like for Halloween,” Perry explained.”That is going to be really, really important. I was never allowed to go trick-or-treating or dress up, which is probably why I make up for it so much.”
“I’m excited,” she added.”We’re here to support her.”
Hear more in the video below.

Gigi Hadid Says Everyone Thought She Had Fillers When She Was...

Are Outdoor Gyms the Future of Fitness?