Home Woman BTS Just Beat Themselves With Another ‘Dynamite’ Record 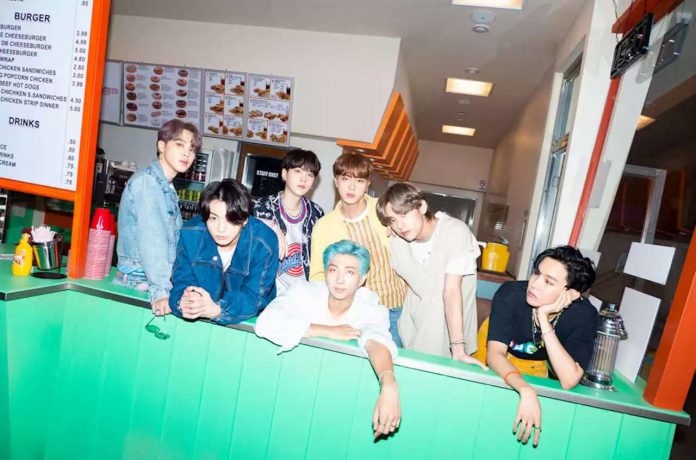 Billboard Hot 100 No. 1 smash
has racked up a historical number of comments since it was posted on Aug. 21, rolling up more than 6.5 million at press time.
And, in keeping with the group’s growing list of achievements, at this point they only have themselves to beat, as the previous most-commented-on clip was their own”DNA,” which at press time had more than 6.2 million comments. According to
Mashable
, before setting the two new high points, the comments record was held by the group’s fellow South Korean pop idol, Psy, whose”Gangnam Style” has more than five million. A spokesperson for YouTube not not responded to a request for comment at press time.
BTS gave another
of their upcoming upcoming tour documentary
Break the Silence: The Movie
on Thursday (Sept.

3) with a one-minute trailer in which the K-pop septet perform in massive stadiums and get candid about the rigors of fame.
Check out a sampling of some of the comments and the”Dynamite” video below.
–“My day always starts with a bad morning but when i always listen to this wonderful song my world just stops and i became really happy. I always sing this when im alone or sad…. It always keeps me happy….. Thank you bangtan for releasing this wonderful song”
–“Ahh yess. Guess who’s gonna have this song stuck in their head for the rest of the year
*pointing at you and me*”
–“This song is what i needed during the pandemic. I’m SO happy, i feel like dancing all day long!!!”

Sen Graham’s Call to Georgia Secretary of State to Be Included...