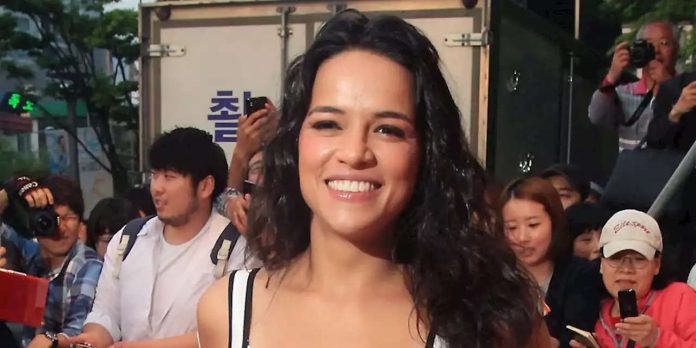 Find out more inside…

Ludacris
, who also teased the space venture in the upcoming sequel, she said “Oh, no way. How did you guys find that out? See what happens? People start talking behind the scenes, man. When a movie doesn’t come out and forget about it, things get out. Nobody was supposed to know that!”
“Oh, well, no, I’m not, I’m not, I’m not lucky enough to hit space, but we did get a female writer and showed a lot of love, I think, on this one. Thanks to, you know, thanks to
Justin Lin
. We were able to, to find a little bit more attention and love for the girls in the movie. And so I’m really hopeful that that, that shows through in the final product,” she continued to explain.
“My necessity to have a female writer was just really more about candor.

I think of that a lot of the boys just always like one dimensionalized all the females. So it’s like, if Mia is on screen, they’ll think, ‘Oh, she’s the mother of the kid with the
Paul Walker
character. So we need to stick to the motherly stuff whenever she speaks’ or they’ll be like, ‘Oh, look, we have Natalie, she’s the amazing young, sexy creature, a new, so like let’s always have the boys hitting on her,’” she said.
“Um, or like with me, ‘Oh yeah, the Michelle Letty character. She’s always like, you know, alpha and angry and ready to kick some ass. So like, let’s just make her angry every time she’s on screen’ and it just doesn’t work. It’s not natural. And I think that you need a female voice to understand that.”

The 50 Greatest Sports Movies of All Time

The Morning After Sharleen Joynt Recaps The Bachelorette Episode 10