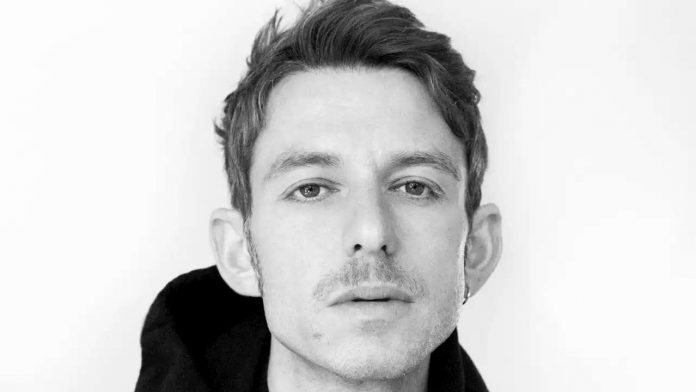 Nicolas Di Felice has worked at Balenciaga and Louis Vuitton under Nicolas Ghesquière and at Christian Dior with his fellow Belgian Raf Simons.

Christian Dior
with his countryman Raf Simons.
“I’ve always dreamed of Courrèges, with its radical and enveloping universe,” Di Felice said in a statement. “It is a house which means a lot to me and in which I see myself. Its simplicity, clarity, not to mention its optimism—I am honored to keep these values alive, and I hope to do so with as much passion and enthusiasm as the house’s founder.”
Di Felice’s appointment seems written in the stars. André Courrèges, the house’s enigmatic founder, started his career at Balenciaga under Cristobal in the 1950s before taking his own brand of Space Age futurism global in the ’60s. When the house was revived successfully circa 2015, it was yet another Balenciaga alum, Sébastien Meyer, at the control panel. Not only that: Di Felice’s installment chez Courrèges expands Ghesquière’s Paris diaspora. Paco Rabanne’s Julien Dossena and Chloé’s Natacha Ramsay-Levi come from the School of Nicolas, too.

The trio are frequent front-row guests at each other’s shows, and a scroll through
suggests that they all could turn up at his Courrèges debut next March.
The house’s
official Instagram account
was recently scrubbed, and overnight a symbolic set of keys and new photographs of iconic Courrèges pieces were posted, among them a spring 1965 black-and-white striped double-breasted jacket and a fall 1969 prototype organza cutout dress with vinyl details. Before the end of the year, Di Felice will revive a selection of these pieces for sale at the brand’s rue François Ier store in Paris.
Vogue Runway
A daily recap of the biggest runway news, latest trends, and emerging designers.
Sign Up Now

For Longer-Lasting Clothes Science Says Use This Wash Cycle