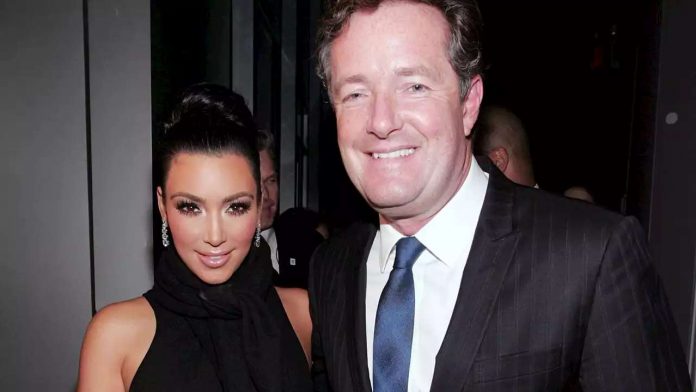 Piers Morgan isn’t holding back his joy that “Keeping Up With The Kardashians” is ending after 14 years.

” in which he was grilled by the hosts about his often sharp words directed at the family in the past.
Piers Morgan spoke candidly about the ending of ‘Keeping Up With The Kardashians.’
(AP)
“They are a bunch of talentless wastrels who have made billions by conning the world that there is something compelling about them,” he said.
“The few times I accidentally caught it on television, I could literally feel my brain cells starting to erode, I could feel myself getting more stupid,” he continued. “They have done nothing but make the world more stupid and I’m afraid that the end of the Kardashians is a moment for… This is a rare moment in a horrible year when we should come together as a country in a moment of national jubilation.

The hosts were quick to remark that Morgan has not exactly avoided the Kardashians in the past.
“I used to hang out with them,” he shot back. “Kim Kardashian I got on fine with right until the moment she started doing the topless selfies and flipping the bird with Emily Ratajkowski and claiming it was in the name of feminism and liberation for women, what a load of nonsense. I don’t like the idea of their gazillion followers, young, impressionable girls thinking this is how you get on in life.”
Morgan was referencing a snap from 2016 in which the two women posed topless for a mirror selfie while giving the middle finger to the camera.
“When we’re like… we both have nothing to wear LOL,”

Meghan Markle just gave us our first glimpse of her casual...