Home Woman Column When it comes to restaurants whose dish is it anyway? 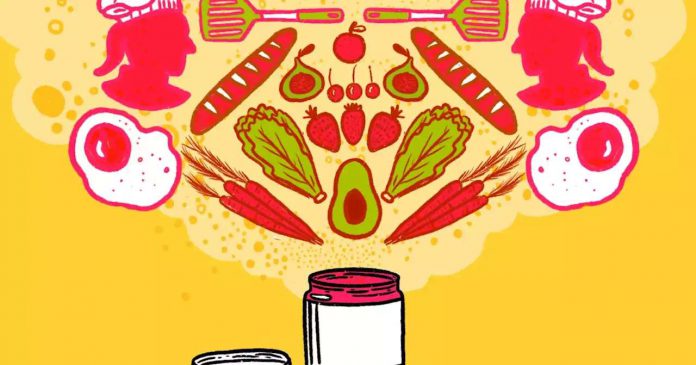 In traditional kitchens, it’s long been accepted that whatever cooks create there belongs to the restaurant and its chef. Some are challenging that.

It isn’t possible to copyright recipes. So how do you decide who gets credit for them?
More Coverage
Column: The restaurant system is broken. How do you fix it?
Javier Ramos, another former Sqirl chef, said Koslow “could not offer any leadership or mentorship or cooking techniques” but “would happily accept the accolades,” which included three consecutive James Beard Foundation Award nominations. (A finalist for this year’s awards, Koslow
withdrew her name
from consideration. Last month the James Beard Foundation announced it would not name any more winners for 2020 awards and that awards will not be presented in 2021.)
“I have never claimed to be the creator and sole perfecter of Sqirl’s recipes,” Koslow said in an email. “The truth is far more complicated and nuanced. Many recipes are original creations of our incredible cast of Chefs De Cuisine, Sous Chefs, and Pastry Chefs, (and me), while others are collaborations or iterations of another idea or inspiration. These individuals, in addition to the front-line, front of the house staff who make Sqirl a pleasant place to gather, are the bedrock of our success and why it has resonated with people.
Advertisement
“There is an existing structure in our industry for how restaurants retain the creative recipes and techniques that many chefs contribute to the place during their employment and we have made changes to the way we credit recipes,” Koslow continued. “I am profoundly grateful for their creations and talent and love that go into Sqirl’s menu and I have apologized for and have worked to fix my own mistakes, but I am not in a position, standing alone, to apologize for a business structure that is foundational to the entire service industry and the majority of American businesses.”
I’ve never watched Koslow cook and I’m not a chef; it’s not up to me to judge skill or acumen. And is there a whiff of misogyny in some of the social media chatter? Few male chefs, some of whom are accused of far worse than scraping mold off of jam buckets, have had the microscope turned on them in even a fraction of the way Koslow has over the past months.
Regardless, it’s essential that we listen to kitchen staff who are often muted in a media landscape obsessed with star power. The controversy at Sqirl speaks to many of the larger issues currently roiling the restaurant industry: an owner’s responsibility to employees and surrounding neighborhood; what the word “chef” means in the context of an evolving industry; and the role of media in fostering celebrity culture in the restaurant world. In particular, conflicts over giving and receiving credit for recipes in an industry where back-of-house staff are often unnoticed have been laid bare.
***
Advertisement
Much of the conflict over credit comes down to the word “chef.

What your chef says, goes. Often rising through the ranks of kitchens themselves, they’re looked up to and respected by younger cooks.
“You would never disrespect your chef,” said Meadow Ramsey, Sqirl’s former pastry chef, referring to the traditional brigade system. “You were always trying to get things done perfectly and quickly and get their approval.”
(Established more than 100 years ago by Auguste Escoffier, the brigade system is based, quite literally, on a militaristic hierarchy. At the top of the heap is your chef de cuisine, or possibly an executive chef, followed by sous and pastry chefs, line cooks, prep cooks, on down the line. There are expectations for those making the cold dishes, pastas or working the fryer and, depending on the kitchen, there’s a fairly rigid pecking order.)
Chad Colby, who opened Antico with partner Kevin Caravelli last year, said he had created dishes at other restaurants where he’d worked with the understanding that he wouldn’t be specifically credited. “I don’t really know what precedent there is to acknowledge every person’s contribution to every single dish,” he said. Often, just having something make the menu was payment enough. “It’s definitely a reward, from your peers and employers.”
Advertisement
(One of the big draws at Antico is the ice cream; Colby is forthcoming about the fact that the recipes come from Brad Ray, the pastry chef and executive sous chef at the restaurant. “I always give him credit that he developed everything.”)
Of Koslow, Colby said, “I think she curated it [Sqirl] to her aesthetic, and in some ways that’s more important than all the chef skills.” He also added that fully crediting and acknowledging contributions “is the high road. It’s the better thing to do.”
“It probably wouldn’t have taken a lot to defuse that situation,” Colby said of Sqirl’s controversies.
At some restaurants, the notion that your creations might be claimed by the chef is not merely accepted but an honor. But with pay that hovers around minimum wage for starting cooks, long hours and physically demanding conditions, why would anyone subject themselves to that?
Advertisement
(Vidhya Nagarajan / For The Times)
Exchange of knowledge.
Pastry chef Roxana Jullapat of Friends & Family worked at Campanile under Nancy Silverton as a young cook. “I was being mentored and trained at such a high level in such an extraordinary place,” Jullapat said. “I was like, ‘Thank you for letting me make you a cookie!’
“If a restaurant is giving you an opportunity to shop for amazing fruit, test ideas you have in your head or talk about it to a mentor, or even your co-workers, to put it on a menu and have customers taste it and like it or not — I feel like that is the reward,” she said.
Advertisement

Taste One of the World’s Oldes