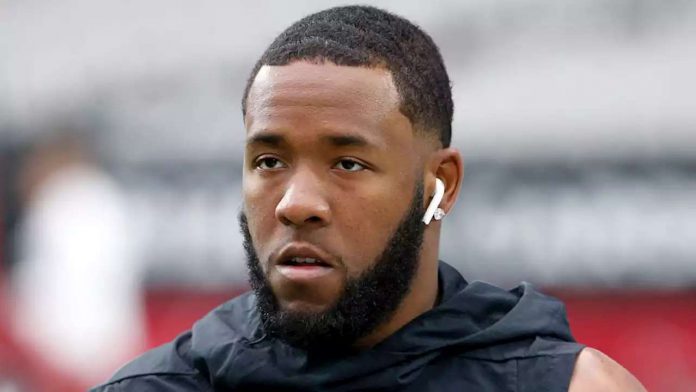 The 49ers say they’re working to ban the purported S.F. fan for life.

Getty
3:39 PM PT
— The 49ers say they will absolutely NOT tolerate the message a purported S.F. fan sent to Budda Baker … and the team says it’s now working to ban the person from Niners events for life.
S.F. said in a statement Tuesday it”unequivocally” denounces the words that were directed at the Cardinals player following their game Sunday … adding,”The individual who sent the messages does not represent the 49ers or the Faithful.”
The team continued,”Incidents like this demonstrate how much work remains to be done to address racism and hate in our society. We remain steadfast in our commitment to that work.

“Get on your knees you f**king slave.”
That’s only part of an insanely racist and disturbing message NFL star
Budda Baker
says he received after his game Sunday … and the text to the Arizona Cardinals player was absolutely vile.
Baker received the message apparently as a response for his low hit on SF star
George Kittle
over the weekend … and it was so awful, Baker wrote of it,”All you can do is pray for ppl like this.”
Kittle heading to the locker room early before halftime with trainers to be looked at. Got hit hard on this play by Budda Baker

What To Do When Your Sunburn Starts To Peel

At 54 Halle Berry Looks Stronger Than Ever in This Jaw-Dropping...