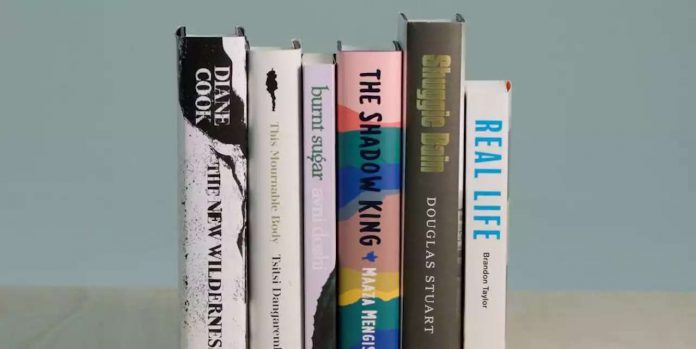 This is the book everyone has been buying

The winner will be announced in November
By
16/09/2020
Booker Prize for Fiction
It’s been another great week in the world of books, with the Booker Prize shortlist being announced.
Just last week,
with her novel
Hamnet.
Now the shortlist for the annual coveted Booker Prize for Fiction has been announced, with the 2020 winner – who will follow in the footsteps of last year’s winner Bernardine Evaristo, for
Girl, Woman, Other –
being crowned in November.
Following yesterday’s announcement, Amazon revealed the bestselling shortlisted book, based on how many print sales were made and how many eBooks were downloads by customers within the first two weeks of the title being published.
Out of the six titles shortlisted by a panel of five judges, including author Lee Child, the bestselling title on Amazon was
Shuggie Bain
by Douglas Stuart. Set in 1980s Glasgow, Stuart’s debut novel deals with stories of love, pride and the harsh realities of poverty.
Simon Johnson, Director of EU Books
at Amazon
said: ‘It is fantastic to see such a diverse set of authors and stories on this year’s shortlist, from tales of female power in the face of adversity and family relationships crippled by illness, through to stories of racism and homophobia at university and climate change.’
Below are the six titles shortlisted for the Booker Prize for Fiction 2020:
Advertisement – Continue Reading Below
Shuggie Bain by Douglas Stuart
amazon.co.uk
SHOP NOW
It is 1981. Glasgow is dying and good families must grift to survive. Agnes Bain has always expected more from life. She dreams of greater things: a house with its own front door and a life bought and paid for outright (like her perfect, but false, teeth). But Agnes is abandoned by her philandering husband, and soon she and her three children find themselves trapped in a decimated mining town.

As she descends deeper into drink, the children try their best to save her, yet one by one they must abandon her to save themselves. It is her son Shuggie who holds out hope the longest.
Shuggie is different. Fastidious and fussy, he shares his mother’s sense of snobbish propriety. The miners’ children pick on him and adults condemn him as
no’ right
. But Shuggie believes that if he tries his hardest, he can be normal like the other boys and help his mother escape this hopeless place.
2
The New Wilderness by Diane Cook
Waterstones
SHOP NOW
Bea’s five-year-old daughter, Agnes, is slowly wasting away. The smog and pollution of the overdeveloped, overpopulated metropolis they call home is ravaging her lungs. Bea knows she cannot stay in the City, but there is only one alternative: The Wilderness State. Mankind has never been allowed to venture into this vast expanse of untamed land. Until now.
Bea and Agnes join eighteen other volunteers who agree to take part in a radical experiment. They must slowly learn how to live in the unpredictable, often dangerous Wilderness, leaving no trace on their surroundings in their quest to survive. But as Agnes embraces this new existence, Bea realises that saving her daughter’s life might mean losing her in ways she hadn’t foreseen.
3
Burnt Sugar by Avni Doshi
Waterstones
SHOP NOW
In her youth, Tara was wild. She abandoned her loveless marriage to join an ashram, endured a brief stint as a beggar (mostly to spite her affluent parents), and spent years chasing after a dishevelled, homeless ‘artist’ – all with her young child in tow.
Now she is forgetting things, mixing up her maid’s wages and leaving the gas on all night, and her grown-up daughter is faced with the task of caring for a woman who never cared for her.
4
Real Life by Brandon Taylor
Daunt Books

How to Tame Toy Clutter Once for All

We’re calling it now this is