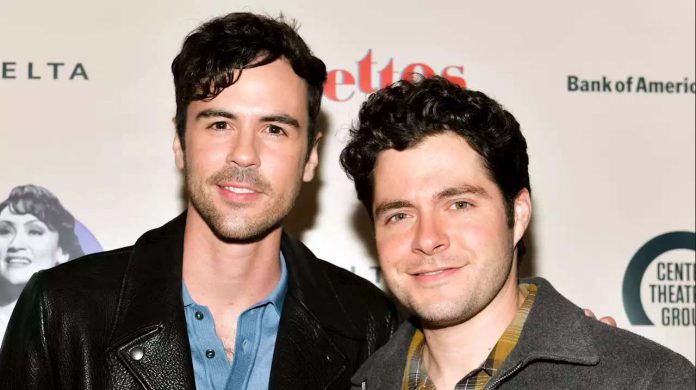 Blake Lee and Ben Lewis have been cast in ‘The Christmas Setup,’ which will be the network’s first yuletide offering to center on a same-sex romance.

” will star Jacky Lai and Tony Giroux and focus on a Chinese American family.
Rodin Eckenroth via Getty Images
Actors Blake Lee (left) and Ben Lewis will star in Lifetime’s”A Christmas Setup.” The real-life couple have been married for four years.
Amy Winter, Lifetime’s head of programming, praised “The Christmas Setup” and “A Sugar & Spice Holiday” as “important additions” to the network’s lineup.
“The world we create on camera should reflect the world we live in,”
she said
. in a Monday statement. Noting that Lifetime was working with GLAAD to ensure that “The Christmas Setup” represents a sensitive and accurate portrayal of an LGBTQ relationship, she added, “Our hope with these inclusive films and others is that people will see themselves while enjoying universally relatable holiday romances.

The stars themselves expressed similar sentiments on social media.
“There’s good-weird and bad-weird,” Lee, whose credits include a recurring stint on “Parks and Recreation,”
wrote on Instagram
Monday. “2020 has been bad-weird, but starring alongside my husband … in Lifetime’s first gay Christmas movie definitely qualifies as good-weird. In fact, it’s the most surreal, wonderful early Xmas gift I could ask for.”
Known for his roles in “Scott Pilgrim vs. the World” and the CW’s “Arrow,” Lewis simply pledged to “make the yuletide GAY!”