Home Woman More Newlywed Couples Are Combining Their Last Names Would You? 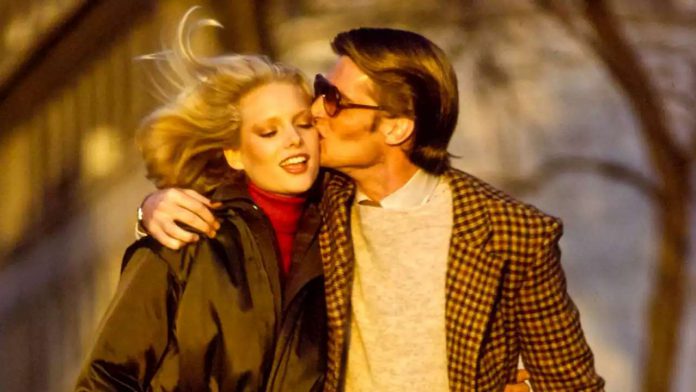 For Rebecca and Chris, combining their surnames at marriage was one way to enshrine their progressive beliefs and cement their togetherness.

“Will she take his last name?”
For a long time, the answer was obvious, a symptom of the patriarchy: wedding tradition dating back to medieval England said a woman would of course take her husband’s name. But since then, women have established the options of hyphenation, keeping their maiden name as a middle name, or retaining their original surname altogether. And with the legalization of same-sex marriage,
LGBT couples
have made it abundantly clear that this is one heteronormative tradition they are willing to forgo.
Still, the idea of marriage has to do with becoming family, officially. And for fiancés who already have hyphenated last names, or are searching for a new solution to the question of a “family name,” another answer has emerged: simply create a new one.
Take Rebecca and Chris Rosencline (née Rosenthal and Cline, respectively), a newly married couple based in Dallas, Texas, where she is a certified health coach and he works in sales operations. Rebecca never really thought about changing her name until Chris proposed, at which point she started to consider tradition: “When my mother got married, she kept her maiden name as her middle name. But my middle name carries a lot of significance to my family history, so I didn’t want to get rid of it. And it felt strange to get rid of Rosenthal because it’s Jewish, it’s part of my identity…. I just had this instinct that taking Chris’s name seemed outdated for our relationship. We always talk about being a team, so why wouldn’t that be represented in what we call ourselves?”
After reading up on the subject and listening to a couple of bridal podcasts (she highly recommends
“Bridechilla”
), the idea dawned on her—why not create a new last name, together?
The first step, she said, was convincing Chris. “At first he said no, and that really upset me. So I asked him why he felt that way, and he had a hard time articulating it. But we started to talk through it, and he came to the same conclusion as me just minutes after reading about the tradition [of marital name-changing].” Both Rebecca and Chris were self-identifying feminists before they even met, so to combine their surnames at marriage would be a way to enshrine their progressive beliefs and cement their togetherness. Convincing the world about their plan would be an uphill battle, but it was one they were willing to fight together.
Advertisement
The second step was to share their plan with friends and family. The reactions were mixed, to say the least. Some women in Rebecca’s family worried that asking Chris to change his last name would adversely affect him at work. Some friends gasped, “Well, you aren’t really going to do that, are you?” Some relatives seemed disappointed, and others simply didn’t get it. But the more that Rebecca and Chris felt they had to explain themselves, the more the decision made sense—the more it felt like the only decision.
They soon discovered they were hardly alone. Researching online and combing through their social networks lead them to find droves of couples from across the country who had combined their names upon marriage: Lex Rofes and Valerie Langberg of
Providence, Rhode Island
became the Rofebergs; Meryl Wisner and Brooke Wilson of Michigan became the Wilsners; Lindsie Alterman and Michelle Okun of Massachusetts became the Alterkuns.

Having a community of “combiners” was a huge help, because after all, there was still the entire wedding to get through.
When asked how non-traditional name changes might effect a wedding, expert New York City wedding planner Claudia Hanlin began to brainstorm: “It should definitely start with the save the dates, and also be in the wedding announcement if you’re doing one. And it’s certainly a wonderful moment when you are announced at the reception. You’ll definitely want that on video because there will be tears in the room… Just make sure to keep your parents in mind, because any sort of legacy will obviously be complicated if everyone in your family has a different last name. But the idea of creating a whole new name is kind of beautiful and really feminist, which I love. And it says a lot about a groom who is willing to do that.”
As the wedding day drew closer for the Rosenclines, it became apparent that the name change would have to feature prominently in their ceremony—as an announcement, as a rite, and as a symbol. At the advice of her father, Rebecca made sure that a message on her Save the Dates gently broached the subject so that invitees to the wedding knew what they were in for: “Please save the date for the wedding of Rebecca and Chris as they become the Rosenclines,” the card read. At their wedding, after the couple exchanged vows, they symbolically “tied the knot” of two banners, each with the stems from their former names, turning “Rosenthal” and “Cline” into “Rosencline.” After the ceremony, the response from guests was unanimously positive—they finally got it, Rebecca said. “We had so many compliments about how personal the wedding seemed, because everyone really got what it means for us as a couple.”
Advertisement
Today, several months after their wedding, the experience of settling into their new name has only underscored the reasons that the Rosenclines went for it. “People we meet in the future that didn’t know us before the name change, they just won’t know,” says Rebecca. “As long as it’s the cultural norm, they will assume his last name was Rosencline and I just took it. All that thought and effort and meaning, it had to be just for us, and it is just for us.”
As recently as a generation or two ago, marriage seemed to have much clearer-cut gender roles. But as feminism grows and evolves, LGBT rights progress, and previously marginalized people move to center stage, the old rites and bounds of marriage inevitably begin to feel a bit outdated. Maybe name combining isn’t for everyone, but the idea is to think critically about traditions, and to tailor-make them to suit the contours of your unique relationship.
“I do think it’s something to be explored more—how we take on other peoples’ identities, especially as women,” Rebecca says. “The point is to really think about traditions differently and ask tough questions with your partner, so that you feel proud and your ceremony feels true for you. Name combining isn’t something I think everyone should do. In fact, I’d be fine if nobody ever did it after us. The point is that it symbolizes our relationship, and it represents us perfectly.”
Trending Stories on Living:

shanidarden’s serum is the o