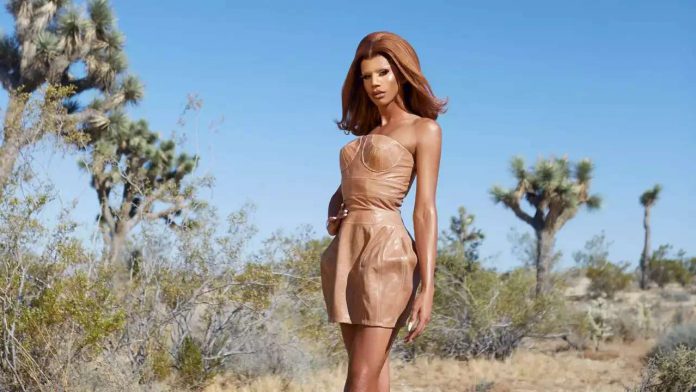 The “Drag Race” star on what comes next and creating a show from home.

that showed off her miles-long legs. (She even entered the work room exclaiming her now-signature catchphrase, “You can’t spell
legendary
leg
.”)
The California native became an instant hit on the show thanks to her epic catwalk creations. But for Smalls, life after
Drag Race
—she competed on season 8 and All Stars 4—remains just as booked and busy. Pre-COVID, she had just begun performing in
RuPaul’s Drag Race Live! Las Vegas
variety show (it was postponed until 2021), and she currently stars in the new VH1 docuseries
RuPaul’s Drag Race: Vegas Revue
, which follows Smalls and fellow queens such as Derrick Berry and Vanessa Vanjie Mateo as they prepare for the Vegas residency. Just a few days before her 27th birthday,
Vogue
caught up with Smalls to discuss what her drag schedule has looked like during the pandemic—and what has been bringing her creativity and inspiration.
Photo: Courtesy of Naomi Smalls
Advertisement
Considering she has been doing drag since she was 19, Smalls says she now enters 27 with a new outlook on her art form, though her passion for it remains largely the same. “My drag is something I take very seriously,” she says. “The things I desire to do with my drag now are completely different compared to my very first drag performance, but the excitement is still the same. I’ve done things with Naomi that I never dreamed could be a reality. Keeping an open mind, and fierce lace-fronts handy, have helped a lot of those dreams come true.”
One of those dream-come-true moments has been launching
The Smalls World Show
this month, a new virtual, one-woman drag show streaming on her website (so far, it has launched one episode, for which viewers have to purchase tickets for). It’s a project that she has been thinking about doing for a few years. It originally began as a YouTube docuseries made with the cinematographer Todd Diederich, to show her fans what
really
goes into planning a drag performance. Now it’s a mixture of performances, interviews, and more, spearheaded by Smalls and directed by Diederich and Davis Heppenstall. “Creating an opportunity for fans to see what they miss from an hour of reality television was really refreshing,” says Smalls. “I am lucky enough that, before the pandemic, I was constantly booked.

Blac Chyna Is Charging Fans 950 for a FaceTime Call and...