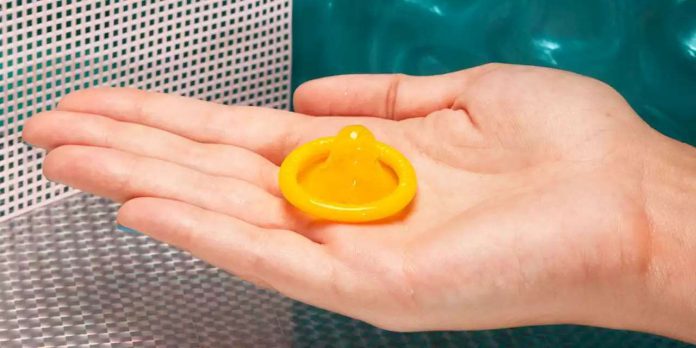 But remember not all STIs have visible signs.

is less common than the other STIs, the number of cases is increasing. It will develop in three stages and the third stage syphilis is rare in the UK. If it’s treated early it can be cured. Look out for:
Stage one: primary syphilis (symptoms appear 2 to 4 weeks later)
Small painless sore called a chancre, usually where the infection entered the body (genitals).
Sometimes it can appear on lips, tonsils, hands or buttocks. It could disappear after 2 to 6 weeks.
Getty Images
Stage two: secondary syphilis (a few weeks after the sore heals)
A non-itchy rash probably on the palms or soles of your feet
Flat, small growths similar to warts near the vagina or anus
Flu-like symptoms: headaches, fever, joint pains and tiredness
Swollen glands in your neck, armpits or groin
Weight loss
White patches on your tongue or roof of your mouth
Hair loss in patches
Once these symptoms have disappeared, you move into the latent phase which can last for years. If syphilis goes untreated it’ll enter its third and most dangerous stage.
Pubic lice or”crabs”
Not
technically
an STI, but public lice (aka the crab-like minuscule insects that live in pubic hair) are passed on through close body contact.
They can also live in armpit, leg, facial or back hair
. They can also be passed from person to person by sharing towels or bedding.

Symptoms to look out for:
Noticing tiny (2mm) lice, six-legged, with two larger, claw-like legs
The eggs are attached to the base of the hairs and pale brown
The empty egg sacs are white
Itching
Black powder in your underwear which is the lice droppings
Irritation and inflammation
Sky-blue spots or very tiny specks of blood on the skin
Bacterial vaginosis
BV
, which BTW is the most common cause of vaginal discharge, isn’t an STI, it IS something that’s much more prevalent in sexually active women.
Although half of women and people with vaginas won’t notice anything, the other half will experience fishy, white discharge
. It can also be grey or watery. If left untreated it can be pose a serious risk of miscarriage during pregnancy.
Megan Madden / Refinery29 for Getty Images
Hepatitis
There are different forms of hepatitis, but it’s the viral kind that’s sexually transmitted (B). it is, essentially, inflammation of the liver.
It can be passed On through contact with infected blood, semen or vaginal fluids
. There’s no specific treatment and it usually disappears after a few months, but it can sometimes led to chronic hepatitis B.
Again, it’s symptomless for most people. But early warning signs include include flu-like symptoms, feeling sick, and jaundice.
Genital warts

Kylie Jenner Had the Sassiest Response to Alex Rodriguez Saying She...

Celebrating a Decade of Soulful Jewelry