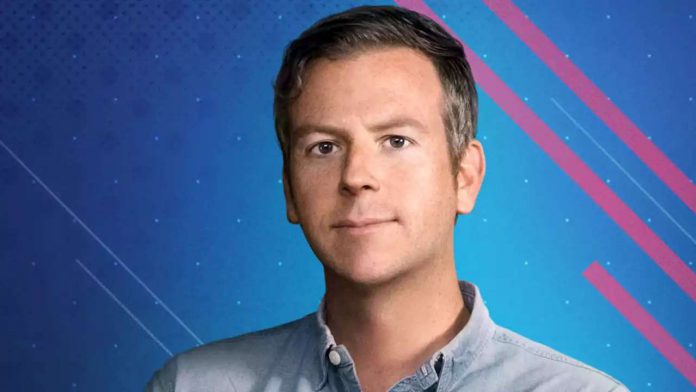 Snapchat has helped over 750,000 U.S. users register to vote to date — and Snap has prepped a slate of programming and initiatives aimed at driving Americans to cast their ballots. The social messa…

Jaden Smith’s “The Solution Committee”
series about social and racial justice, and will present several voter-registration PSAs during the six-week runup to Election Day — including one with President Obama.
“This is the first election that Gen Z will be casting votes for president,” Sean Mills, head of content for Snap. We believe the young voters will the difference makers,” he said, adding that 80% of the Snapchat user base in the U.S. is 18 or older (i.e., eligible to vote). Mills said he and his team have been planning the 2020 election programming slate and coverage strategy since the beginning of the year.
Snap sees potential advertising upside in programming for the 2020 election, Mills said. That said, not all of the programming will be ad-supported: “We’re not solely doing this because it’s the best way to earn the maximize amount of money,” he said. “We responded to what our community is interested in.”
Snapchat has avoided attracting anywhere near the level of political scrutiny that social platforms Facebook and Twitter have with respect to misinformation and political speech. But it did raise the ire of Donald Trump supporters this summer after
Snapchat stopped featuring content posted by Donald Trump’s account on the Discover section
. The company cited Trump’s inflammatory comments about potentially shooting at rioters in Minneapolis. “We will not amplify voices who incite racial violence and injustice by giving them free promotion on Discover,” Snap said at the time. Predictably, Trump’s campaign accused Snap of trying to “rig the 2020 election.”
Mills said Snap isn’t promoting a particular political agenda or any particular candidate. “We want a marketplace of ideas,” he said. “We believe people are better off having exposure to a range of viewpoints.”
Here’s a rundown of Snap’s voter-registration and election programming:
Custom PSAs: Starting Tuesday (Sept. 22), Snapchat will have custom public service announcements running run in Discover and as a Snap ad encouraging first-time and young voters to register to vote via Snapchat. Barack Obama is featured in the first PSA; in the coming weeks, the spots will include former Ohio governor and Republican presidential nominee John Kasich and Arnold Schwarzenegger.
Snap is working with top Snapchat personalities to share the Snap Mini voter registration (both on and off platform) to encourage their audiences to register to vote. To date, those who have shared the voter-registration page on their Snapchat Stories have included Snoop Dogg, Arnold Schwarzenegger, Catherine McBroom, Shuba Music, Demetria Obilor and Quincy Brown.

“Good Luck Voter!”, a three-part voter education miniseries hosted by Snapchat stars and celebrities (yet to be announced), with each episode including swipe-ups at the end to register to vote. Written by Peter Hamby, host of Snapchat’s “Good Luck America.”
Hamby’s “Good Luck America,” which has 2.5 million subscribers, will continue its daily coverage leading up to real-time updates on Election Night.
“While Black with MK Asante” Season 2 will return in November, but before Election Day the show will run an “Election 2020” episode focusing on the history and importance of voting to the Black community. Topics include the Voting Rights Act of 1965, the history of voter suppression, and an interview with Evan Malbrough and Isaiah Smith, leaders of the newly created Georgia Youth Poll Worker Project. The show is produced by Main Event Media and Executive Produced by Asante. In addition, he is hosting “Free Tuition with MK Asante,” featuring conversations with special guests about justice, equality, and change.
“The Solution Committee” featuring Jaden Smith (premiered Sept. 21), an eight-episode series in which Smith (son of Will Smith and Jada Pinkett Smith) speaks with young activists and celebrity friends about creating social change. Guests will include Hailey Bieber, Yara Shahidi, Common, Willow Smith, Janelle Monáe, Phoebe Robinson, and Lena Waith and more. Produced by Westbrook Media.
NBC News’ “Stay Tuned” daily show will partner with Snap to create near-live highlights for the three presidential debates and the VP debate. On Election Day and beyond, “Stay Tuned” will deliver highlights and results from across the U.S.
Snapchat will present a voter guide to provide information on voting options, featuring content from the NAACP, ACLU, Voto Latino, APIAVote and other civic organizations.
A new Snapchat tool that will encourage Snapchatters to make a plan to vote with their friends (whether by mail or in person) and will let them request mail-in ballots through the app.
Snapchat Our Stories, starting in October, will include weekly stories aggregating publicly shared posts from users on topics including: “I Vote Because…,” voting while LGBTQ+/Black/LatinX/Asian-American; “The Issues That Matter To Me”; and “Election Day.”
In addition, according to Snap, all Discover media partners can integrate the Snapchat voter-registration tool directly into their episodes or editions.

This Video of Kamala Harris Dancing Down an Escalator to a...