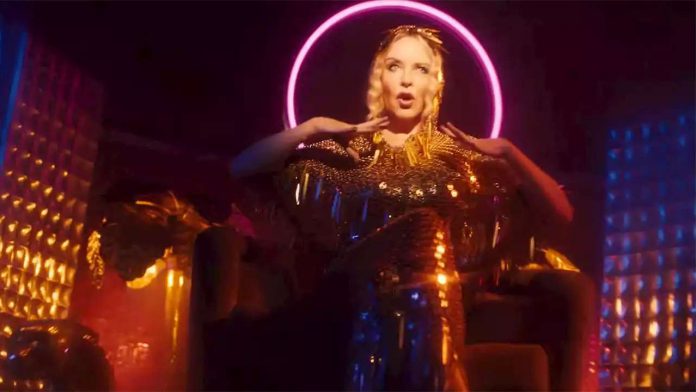 hits the dance floor in her new video for “Magic,” the second single off the singer’s upcoming new album
Disco
.
The video for “Magic” — directed by Sophie Muller who doubles as the album’s visual director — was filmed at London’s famed Fabric nightclub; while
Disco
will arrive amid a pandemic, leaving venues like Fabric empty, Minogue wanted “to gave fans a moment of escapism to celebrate on a fantasy dance floor.”
“You got me started / Ain’t nothing on earth can stop it / It’s crazy, I’m falling,” Minogue sings on the chorus. “I don’t know what else to call it / Oh do you believe in magic.”
“Magic” follows the first single “

Most White Women Are Very Happy With White Supremacy