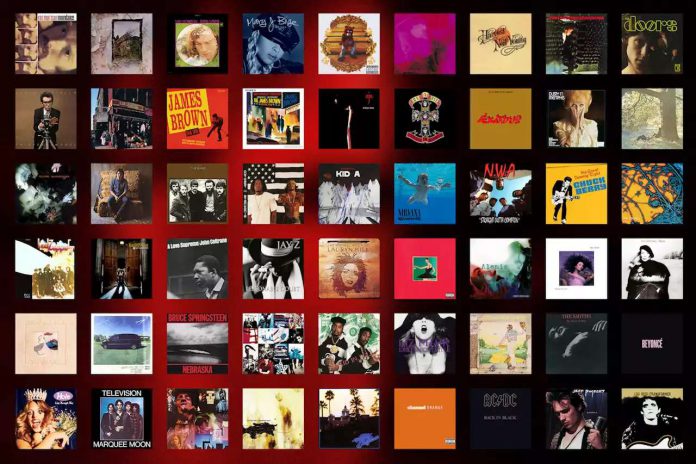 Our all-new list of the best albums ever made is full of classics and surprises, chosen with help from voters including Beyoncé, Taylor Swift, Stevie Nicks, and many others

When we first published the 500 Greatest Albums of All Time in December 2003, Amy Winehouse was still three years from releasing
Back to Black,
and Kendrick Lamar’s
good kid, m.A.A.d city,
was almost a decade away; many of today’s top musicians (and fans) weren’t in middle school yet. While the
original list
has taken on a massive life of its own, with almost 63 million people reading it on our site last year (not to mention Facebook groups dedicated to debating it and fan-built pages lobbying for missing artists, such as the one called, “We want GENESIS listed on
Rolling Stone
500 Greatest Albums”), now — 20 years into the 21st century — seems like the right time to re-evaluate.
The goal wasn’t to update the list but blow it up and re-create it from scratch, reflecting both the canon of pop music and the ever-shifting currents of taste.

We fielded more than 300 ballots from musicians, producers, journalists, and execs. Everyone from Beyoncé and Lin-Manuel Miranda to Taylor Swift and Brittany Howard voted.
The 500 Greatest Albums of All Time List
The results speak for themselves: 154 albums are new to the 500, and 86 albums from the 21st Century made the list. The new 500 is less rock-centric. Hip-hop’s legacy and continued vitality stands out (with three times as many rap albums represented on the new list as on the original), as does the interwoven lineages of soul music: Prince has two albums in the Top 50;
The Miseducation of Lauryn Hill
jumped from 312 to 10; and Marvin Gaye’s
What’s Going On
(an album for these times if there ever was one) beat out the Beatles’
Sgt. Pepper’s Lonely Hearts Club Band
to take over the Number One spot.
Related

The Meaning Behind Ever Heart Emoji Color Is More Significant Than...

This free body positive ebook will change how you feel about...

Princess Diana Wouldn’t Wear the Chanel Logo After Her Divorce From...