Home Woman What It’s Like to Moderate a Presidential Debate 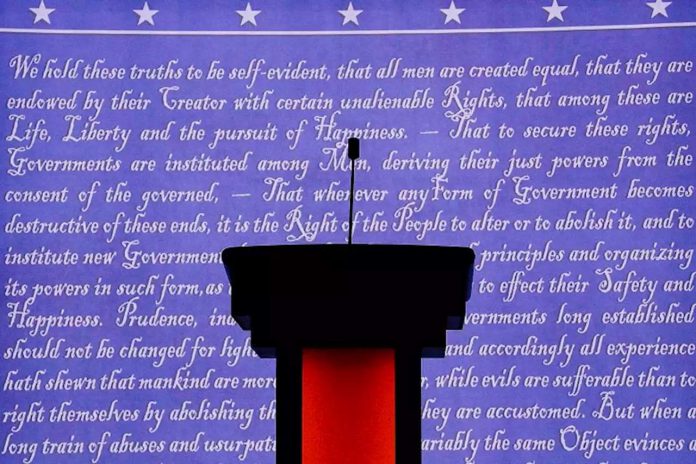 The moderator of one of Mexico’s 2018 debates on one of the most terrifying experiences in journalism.

debate
between Hillary Clinton and Donald Trump.
Raddatz began our conversation with a simple question. “Are you terrified?” she asked. When I told her that the opportunity to moderate a debate, especially in an election of such consequence, was a dream come true, she repeated the question. “Yes, but are you terrified?” she asked again. When I told her I was, she took a beat. “Great,” she said. “You should be.”
Over the next few weeks, I understood just how right Raddatz was. The moderators for this year’s three U.S. presidential debates—Chris Wallace of Fox News, Steve Scully of C-SPAN, and Kristen Welker of NBC News—are probably terrified as well, or at least they should be.
Simply put: For a broadcast journalist, there is no bigger challenge. I have never felt such constant pressure. I spoke with professional athletes to ask them how to handle the spotlight and the realization that, for two hours, live, tens of millions of people would be watching—and judging. Javier Hernández, a Mexican footballer, gave me an unnerving piece of advice. “Just enjoy it,” he said. Easier said than done. I gave up coffee for three months, and still I could barely sleep. One day, I think I dreamt of Post-it notes on the wall and possible follow-ups. Moderating a presidential debate is indeed a terrifying experience, and anyone who says otherwise either hasn’t done it or, as Raddatz also told me, “is lying.”
It is also an extraordinary experience. And at least for me, a career-defining moment, not only because of the implications of what transpired but also because it helped me define the kind of journalist I wanted to be.
The most important question facing presidential debate moderators is how far they are willing to go to get a straight answer. This question, of course, lies at the center of the journalistic craft itself, but during a debate, it becomes more complex and, if done right, potentially more meaningful. Should moderators ask follow-up questions if the candidate refuses to give an honest answer or tries to hide behind their always reliable talking points? How active should moderators be? Should they interrupt or interject if the candidate is trying to stall? Should a moderator fact-check the candidates, like Candy Crowley did, brilliantly, in
2012
?
Some say moderators should show utmost restraint.

In the weeks prior to the debate in Mexico, my co-moderator and I had a chance to have a conversation with the late, great Jim Lehrer, the dean of debate moderators in the United States. From 1988 to 2012, Lehrer moderated 11 presidential debates and one vice presidential debate. In our phone conversation, Lehrer, who died earlier this year, recommended we stay above the fray, asking follow-up questions but being cautious. “It’s not about you,” he told us, advice he had often
given
.
Under normal conditions or perhaps in a different era, it would be impossible to argue against Lehrer’s guidance. Normally, a moderator should be almost invisible, steering the conversation toward productive dialogue and pointing out inconsistencies only when needed. But these are not normal times. Public discourse in the United States and elsewhere has been contaminated by misinformation and outright lies. Objective truth has become nebulous, and some politicians, the president of the United States among them, won’t hesitate to lie in front of millions. What is a debate moderator to do then?
I got the answer from Chilean journalist Daniel Matamala. An expert debate moderator, Matamala is forceful, direct, and not afraid to push, as Chilean President Sebastián Piñera learned in a contentious debate in
2017
. When we met him in Mexico City during our arduous prep sessions, Matamala told us a story. In Chile, he said, there were three kinds of journalists. Those who had grown up during Augusto Pinochet’s dictatorship had been too afraid to ask questions because they feared repercussions. Those who had seen the country’s transition to democracy were braver but still cautious, lest they endanger the consolidation of Chile’s still fragile institutions. And then there were those who, like Matamala, had become journalists in a completely free society, where the only priority was to get at the truth. “We are not scared to interrupt a politician if need be, or correct them,” he told me. “That is our job”.
Popular in

The 2021 Oscars Have Been Postponed