Home Woman Let BTS Explain Why You Shouldn’t Be Afraid of Being Seen as... 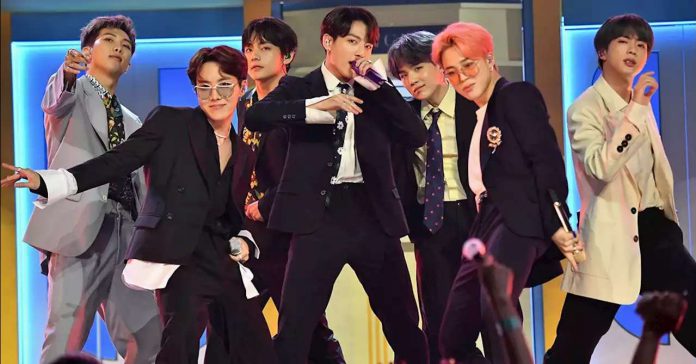 “Everything is political eventually. Even a pebble can be political.”

Suga explained
that the group’s decision to take action was rooted in a straightforward desire to fight back against injustice. “We aren’t trying to send out some grandiose message,” Suga said of the donation. “[When it comes to supporting Black Lives Matter], I think it’s very simple really. It’s about us being against racism and violence. Most people would be against these things. We have experienced prejudice as well ourselves. We just want to voice the fact that we feel it’s the right of everyone to not be subject to racism or violence.”
RM continued, noting that the idea of being “political” shouldn’t stop someone from speaking out about what they believe in. “We are not political figures, but as they say, everything is political eventually. Even a pebble can be political.

Our goal and what we really want to see is for everyone to be able to lead safe lives. That’s the motivation for donating to BLM or our UNICEF campaign and other initiatives,” he said.
According to RM, the group is currently focused on helping those impacted by COVID-19. “A lot of young people around the world are suffering because of the pandemic. We feel that what we can and should do is try to give hope and energy to people — everyone, but young people, especially — suffering from this pandemic,” he added.
Back in February, BTS was forced to cancel a number of South Korean tour dates due to the pandemic. The cancellation prompted some members of ARMY to give refunded ticket money to coronavirus charities; fans took inspiration from BTS’s Suga, who reportedly