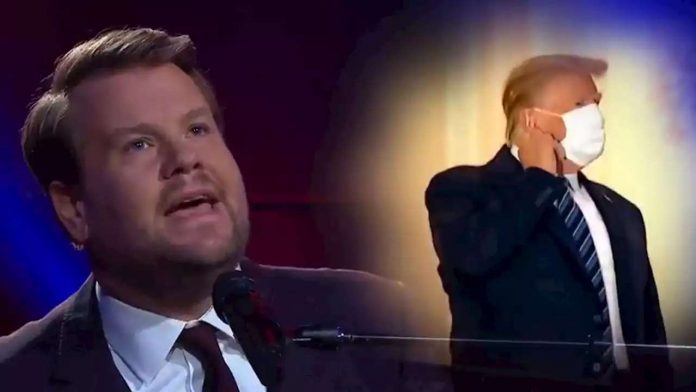 Corden goes all McCartney to dissect Trump’s own coronavirus handling.

President Trump
‘s coronavirus crisis — and some people are saying he deserves a Grammy for this biting little diddy.
The ‘Late Late Show’ host opened Tuesday night’s show with a musical segment, playing a song parody on McCartney’s”Maybe I’m Amazed” — with James sitting at a piano and belting out tweaked lyrics to the ’70s hit. JC aptly titled his rendition …”Maybe I’m Immune.”
You gotta watch it for yourself — James weaves in lots of recent Trump-y ‘rona topics that are both timely and hilarious … like Trump’s doctors saying he’s responding

From Jennifer Lawrence to Reese Witherspoon these 10 celebrities married ‘normal’...