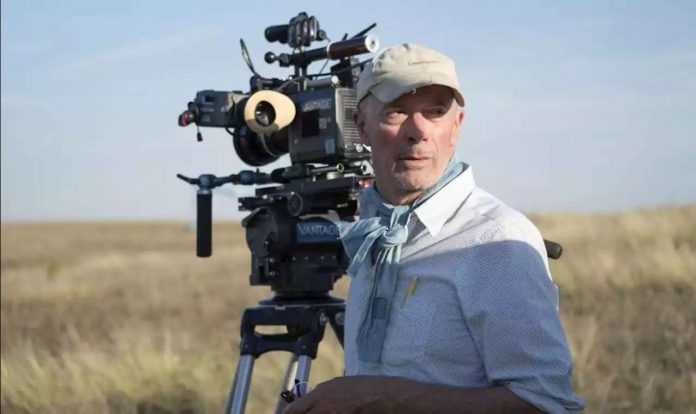 currently filming in the French capital
.
Audiard, whose credits include the Palme d’Or winning “Dheepan” and Oscar-nominated “A Prophet,” penned the script with two female auteurs, Léa Mysius (“Ava”) and
Celine Sciamma
, whose latest film “Portrait of a Lady on Fire” won best screenplay at Cannes 2019 and earned a Golden Globe nomination.
Playtime will handle worldwide sales on the movie, while Memento will distribute in France. Both banners previously partnered on Robin Campillo’s “BPM (Beats per Minute),” which won Cannes’ Grand Jury Prize, six Cesar awards, and went on to have a successful commercial run.
Produced by Audiard and Valérie Schermann through their Paris-based banner Page 114, “Paris, 13th District” is in its second week of shooting in Paris and could be delivered as early as spring 2021. Playtime expects to unveil the first images to international buyers early next year.
Set in Paris’s 13th District, the film follows Emilie, Camille, Nora and Amber — four young adults who are friends, sometimes lovers, and often both. “Les Olympiades” is based on New Yorker cartoonist Adrian Tomine’s “”Killing and Dying,” a collection of graphic short stories. “Paris, 13th” is headlined by fresh new talent, including Lucie Zhang, Makita Samba and Jehnny Beth, as well as Noémie Merlan, who starred opposite Adele Haenel in “Portrait of a Lady on Fire.”
“Paris, 13th District” will mark Audiard’s follow-up to “The Sisters Brothers,” a period crime film starring Joaquin Phoenix, John C.

Reilly and Jake Gyllenhaal. “The Sisters Brothers” won Audiard the best director nod at Venice in 2018 and went on to play at San Sebastian. Audiard most recently wrote and directed the last two episodes of the fifth season of “The Bureau.”
The film’s key crew includes Paul Guilhaume, the cinematographer of Mysius’s “Ava,” the hit spy series “The Bureau,” and Sebastien Lifshitz’s “Little Girl” and “Adolescents;” and Pierre-Marie Dru, the music supervisor/producer of the Oscar-nominated “I Lost My Body,” and Leos Carax’s upcoming film “Annette” with Adam Driver and Marion Cotillard.
One of France’s biggest directors, Audiard is best known for his sharply-written, dark-edged contemporary crime thrillers, such as “A Prophet” with Tahar Rahim and Niels Arestrup; “Read My Lips” with Emmanuelle Devos and Vincent Cassel; and “Rust and Bone” with Marion Cotillard and Matthias Schoenaerts.
Meanwhile, Playtime is working with many prestige auteurs, notably Francois Ozon and Naomi Kawase, whose films “Summer 85” and “True Mothers,” respectively, were part of Cannes 2020’s Official Selection and played at San Sebastian and Toronto. Memento is also working with a flurry of French and international auteurs, most notably Iranian Oscar-winning director Asghar Farhadi (“A Separation”).

The Best Celebrity Clapbacks of 2020 So Far