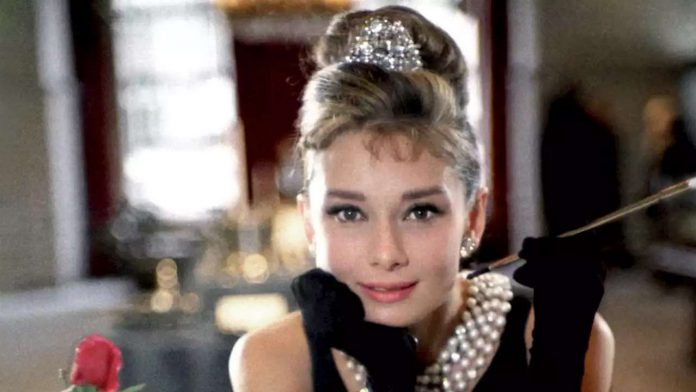 Look back at Audrey Hepburn’s classic film and on screen Givenchy looks, including her fashion and style in Breakfast At Tiffany’s, Funny Face and Sabrina.

Pinterest
Over the course of her Hollywood career, Audrey Hepburn worked with directors as varied as Billy Wilder and George Cukor and starred opposite Tinsel Town’s most-famous male leads, including William Holden, Marlon Brando and Rex Harrison. The one constant throughout her starring silver-screen turns was her love of Hubert de Givenchy.
As Hepburn once said, “Givenchy’s clothes are the only ones I feel myself in. He is more than a designer, he is a creator of personality.” While the fashion world waits to hear who will replace Clare Waight Keller at the helm of the house, revisit the greatest moments from Hepburn’s on-screen love affair with the eponymous designer, below.