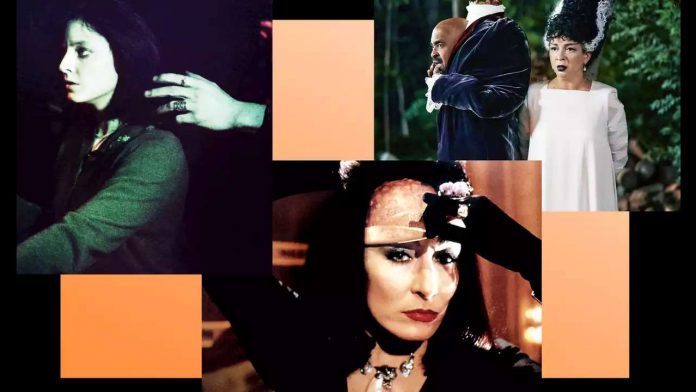 From Adam Sandler’s newest horror comedy to a classic best picture winner on the cusp of a major anniversary, here are some of the best scary movies to watch in October.

on the map,
The Evil Dead
is one of the most influential and oft-imitated horror thrillers of the last 40 years, a gory supernatural assault that
author
Stephen King
as one of its biggest fans. In fact, without King’s endorsement, the film may never have been released. “During one of these marketing screenings at the Cannes film festival, where there were different distributors watching the films trying to make their judgments as to what they’ll buy that year, Stephen King was in the audience, and we heard, ‘Oh, he was really screaming and shouting during the movie,’” Raimi
recalled
in 2015.

In the aftermath, King wrote a review of the film that urged distributors to pick it up. “Without that, the movie may have been lost, but with Stephen King’s endorsement, we were able to make our first sales.”
Green Room
: Set in the Pacific Northwest, director
Jeremy Saulnier
’s breakout thriller is about a punk band (including the late Anton Yelchin and
Alia Shawkat
) who fights for survival against a group of violent white supremacists. So, you know, pure fiction.
Hubie Halloween

These are the best yoga mats to use when you want...

5 teacher gifts you can give without knowing their mailing address