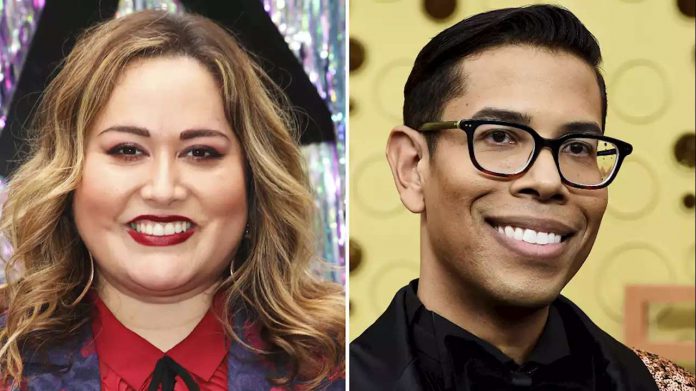 As Hispanic Heritage Month comes to a close, more than 270 Latinx show creators, television showrunners and writers for screens both big and small have written an open letter calling for systemic c…

Read the full letter below:
Dear Hollywood,
As we come to the end of Hispanic Heritage Month in the midst of a global pandemic and continued racial injustice, many of us in the Latinx community have found it difficult to celebrate. Inspired by the activism of the Black and Indigenous communities, many of whom also identify as Latinx, we stand in solidarity with our fellow Black, Native and Indigenous writers, co-signing their WGAW Open Letters and echoing their demands for systemic change in our industry.
As Latinx showrunners, creators, TV and feature Writers, we are incensed by the continued lack of Latinx representation in our industry, especially among the Black and Indigenous members of our community. Our stories are important, and our erasure onscreen contributes to the persistent prejudice that prevents real change in this country. This prejudice is not as overt as the one that keeps immigrant children in cages and separates families at the border, or as violent as the racism that is killing our Black, Brown and Indigenous community members at the hands of police. But when we are onscreen, we’re often relegated to stereotypes or villains. And as a recent​ ​New York Times OpEd​ states, “White elites cannot muffle a huge, vibrant community for decades and not expect consequences. For Latinos in the Trump era, these consequences are deadly, from Hurricane Maria to the Walmart shooting in El Paso and the pandemic, as well as soaring hate crimes.”
Writers create television and films, the arenas where national conversations about culture take place.

But while Latinx ​are ​18.3%​ ​of the U.S. population, we only make up 4.7% of feature writers and 8.7% of TV writers. As Latinx writers move up to showrunner level, the stats only get more dismal.
By refusing to tell our stories AND by refusing to put us in charge of telling them — Hollywood power brokers are complicit in our exclusion.
We are tired of Latinx projects being developed with no Latinx writer, director, or producer attached. We refuse to be filtered through a white perspective.
We are tired of hearing “we couldn’t find any Latinx writers to hire.”
We are tired of Latinx writers being asked to repeat staff writer and lower staffing levels, which not only ensures that we stay at those levels, but also helps perpetuate the narrative that Latinx writers don’t exist at the showrunner and other upper levels.
We are tired of being painted with the same brush. We are made up of an array of backgrounds and ethnicities.
We are tired of stories that are only about our trauma. We contain multitudes.
We are tired.
Movement on this is critical. Inclusivity is not enough. We want action. Here are our demands:
1. No Stories About Us Without Us
Make room for us to tell our own stories. It is not enough to hire one Latinx writer and expect them to be the sole representative of a vast and heterogeneous group of people. Hire more of us. Listen to us. Put us in positions of power. Don’t know how to find us? Reach out to the WGA, or go to one of the TV writer lists created by members of our community.

Tag Yourself Which of These Incredible LAPD Disses Are You?