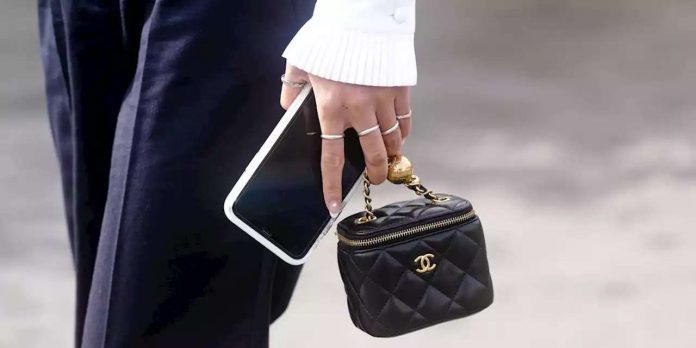 The luxury resale retailer released its first-ever report, giving us details about which designer labels are the most valuable.

Sep 30, 2020 at 7:12am PDT
Last year the luxury designer bag and accessory reseller launched
Clair
, which acted as the Kelly Blue Book of handbags. It was able to give customers real-time rates of what their Louis Vuitton Speedy is worth, both to sell and to buy. The proprietary software tool has spent the last year acquiring data from customers and, in the brand’s commitment to transparency, is releasing its
2019-2020 report
that reveals interesting details about our current shopping habits.
“Since launching Clair in October 2019, our submissions have almost tripled,” said Charles Gorra, CEO and founder of Rebag. “The resale industry is constantly changing. The Clair Report is our way of tracking those changes, sharing them with the public, and empowering consumers to make informed decisions and investments.”
A graph detailing designer brands’ retention value. Hermes is the unicorn.
Courtesy
In May 2020 Chanel increased their prices up to 17 percent, and the resale value increased alongside it.
Courtesy of Rebag
The value of your wardrobe investments is a personal decision. What is”worth it” to you varies drastically, but Clair’s findings give us an idea of what
actually
retains value and, most surprisingly, how that is affected by current trends. Clair’s report tells us that Hermes handbags hold about 80 percent of their value, while Chanel and Louis Vuitton demand 63 percent average value retention.

This comes as no surprise.
However, the report also notes that both Dior and Bottega Veneta, whose accessory divisions were both revived with the former’s reintroduction of the Saddle bag and the latter’s promotion of Daniel Lee, saw
drastic
jumps. Respectively, Dior increased from 43 percent to 56 percent while Bottega Veneta saw an increase from 28 percent to 38 percent. In other words, if you had bought a Pouch clutch last year, you could sell it back for almost what you paid for, which was unheard of for its intrecciato bags (although we assume many are scouring the racks for vintage styles right now).
In the natural progression that Rebag has grown (the company successfully launched accessories earlier this year), they are adding their own stock market to its portfolio. In an industry first, Rebag is integrating a real-time price tracking tool on their site that allows users to trace the historical evolution of each item. Using a product’s individual Clair Code, you can personally see when a price tag drops or increases instantly (like when Chanel’s bags
, alarming purse lovers worldwide). Envision yourself on the Wall Street floor because now you harness the power of resale knowledge, giving you insight on when it’s best to sell or buy. At Rebag, their data is your data.
Shop our current favorite styles on Rebag
19 Flap Bag