Home Woman 12 Spectacular Karen Elson Photographs From The Vogue Archive In Honour Of... 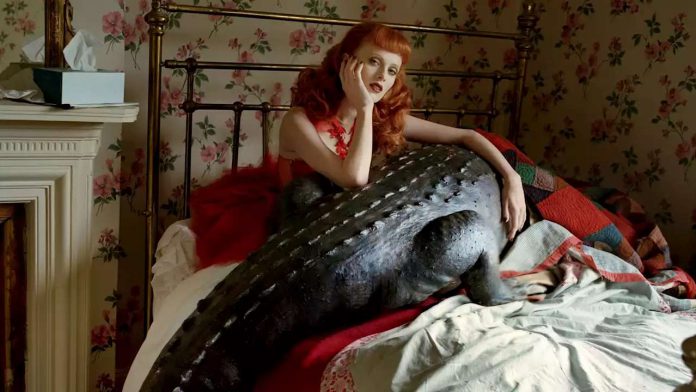 There are two sides to every story, as Karen Elson’s first book – a blend of fashion photography and memoir – proves to powerful effect.

Read More
In her debut book, an intoxicating weave of memoir with megawatt photography, Karen Elson – the
fin de siècle
model from Bolton – describes herself as “a dutiful student” of the masters who have chronicled her. Certainly they are all here: Avedon, Penn, Meisel, Lindbergh… And yet, transformed every which way over a 25-year-long career, it is Elson’s series of intimate essays that achieve her stated goal – “to humanise myself”. From being hospitalised for an eating disorder aged seven to the uncomfortable reality of shooting nudes as a teen and industry survival, be prepared for rare honesty in a profession better known for its
omertà
. “The red flame in my heart has never let me down,” she says. Below, revisit some of her greatest moments from the British
Vogue

Confessions of a Bride Why I Refuse to Get Excited About...