Home Woman How Aaron Tveit Could Still Lose a Tony Despite Being the Only... 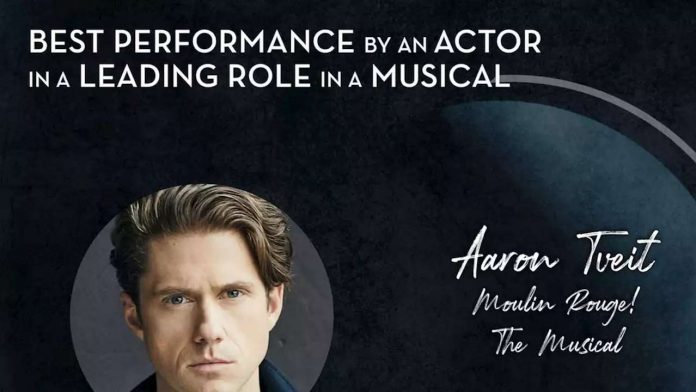 After COVID-19 pretty much decimated the entire Broadway season, the ‘Moulin Rouge!’ star was literally the only nominee in the Best Performance by an Actor in a Leading Role in a Musical category.

, the 36-year-old could be in the very unusual position of losing in a category in which he is the only possible winner.
The site dug out the official Tony Awards Rules, which indeed states in black and white:
”
Single Nomination in a Category
: If the Tony Awards Nominating Committee has determined that if there is only one nominee in a category listed in Paragraph 4(a) above, such category shall be submitted to the Tony Voters which may, by the affirmative vote of sixty (60%) percent of the total ballots cast, grant an Award in that category.”
So should the 40 per cent of voters, for whatever reason, decide the 36-year-old does not deserve the honor, the eventual Tony’s ceremony could have the most awkward segment in the history of awards shows.
Of course, with mostly glowing reviews for the musical, based on the 2001 Baz Luhrmann masterpiece, a Tveit win seems likely, competitors or not.

Double celebrations for Prince William this weekend with his birthday and...

Zoey Deutch Recovers From Coronavirus After Testing Positive for Month

Cardi B Leads An Army Of Nude Dancers Then Kills Them...