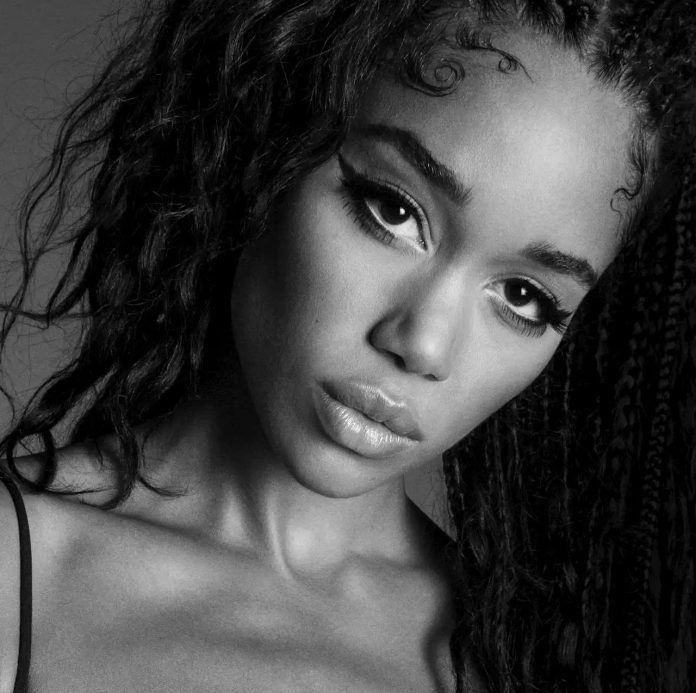 The actress on powerful women in politics, the importance of local elections, and the Black Lives Matter movement.

now
.
“Our country is supposed to be founded on democracy and we are obviously at a point in history where we have lost sight of that. We currently have an administration in power that doesn’t view [voting] as a constitutional right. We’re looking at so much voter suppression, people’s rights being taken away, especially that of minorities and people who are more liberal-minded. A lot of young people think that their vote doesn’t count and their vote doesn’t matter— that’s really not true. Young people can change the state of this election, for sure. Every vote literally counts, especially if we are going to vote Trump out of office. If it wasn’t important, they wouldn’t be trying to suppress our vote. That in itself says how important it is for us to vote. I’m part of two groups of people who have fought incredibly hard [for the right] to vote throughout history, Black people and women. I think for me to not vote would be a disservice to that history.
“It’s important to do your research before [you vote]. We all focus on the presidential election, but we need to be aware of our local and state level [elections] as well. Government officials like the district attorney are elected through local elections. Mass incarceration is an issue that I really care about and the district attorney is someone who will directly affect how many people get prosecuted, how many Black people get put in prison for small crimes.

I look at [elected officials like] Alexandria Ocasio-Cortez, and I’m super inspired. It’s refreshing to see an intelligent, young woman standing up to these politicians who have been in power for years and have only served their own interests.
“There is so much that needs to change, and police brutality is at the top of my mind. It’s hard seeing the countless murders of Black people at the hands of the police, and it’s disheartening that those crimes are rarely prosecuted. I would like to see these [police officers] held accountable [for their actions]. I believe in everything that the BLM movement is fighting for, which is simply justice—something we shouldn’t even have to ask for. I’m hopeful that people will continue to rally together, making their voices heard to change this horrible thing that has been a part of the history of our country for centuries.”
REGISTER TO VOTE
.
Credits:
Image from V126 Cover Story VLM STUDIO KIM POLLOCK (AGENT) JODOKUS DRIESSEN (LIGHTING DIRECTOR) MARC KROOP (STUDIO MANAGER) BRIAN ANDERSON (DIGITAL TECHNICIAN) VLM PRODUCTIONS TUCKER BIRBILIS (PRODUCER) EVA HARTE (PRODUCTION COORDINATOR) JOHN NADHAZI (PRODUCTION MANAGER) JOE HUME (PHOTO ASSISTANT) RETOUCHING STEREOHORSE

This is what it was like desperately trying to find a...

Is Meghan Markle Going to Get Political Again?