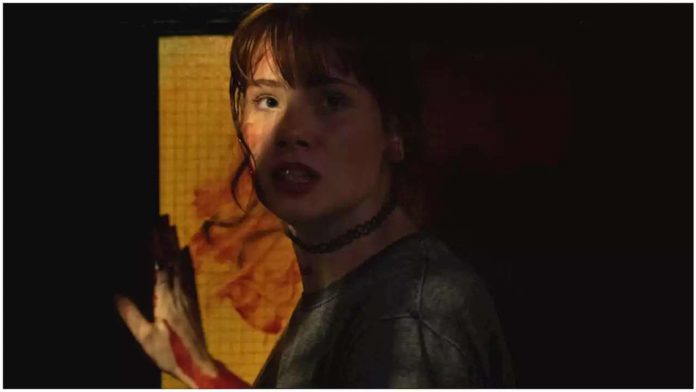 , has produced her first feature film “Lair,” under her new company Ditto Films’ banner.
The film is a U.K. based
LGBTQ
infused horror movie and is written and directed by Adam Ethan Crow. In the film, a fractured LGBTQ family are forced to face their demons, metaphorically and literally, as they unwittingly become embroiled in a man’s attempt to prove the existence of the supernatural in order to overturn a friend’s murder conviction.
“Lair” was shot on location in the U.K. with a predominately female cast. Newcomers Anya Newell (pictured), Aislinn De’ath, Alana Wallace, Kashif O’Connor and Lara Mount star alongside Corey Johnson, Jen Brister and Oded Fehr.
The film has just completed post-production. Working alongside Atkin is supervising executive producer Scott Mednick (“Teenage Mutant Ninja Turtles”).

“After 16 years working in the studio system, I’m excited about the opportunity to tell diverse and exciting stories at a budget level that will allow filmmakers to thrive, and that won’t feel intimidating to new voices – on which I plan to focus,” said Atkin.
“What drew me to the story was Adam’s dark humor, and his highly original take on the horror genre. The fact the story’s female led, and the family are really relatable – and just happen to be LGBTQ+ as opposed to their sexual orientation being a plot point – made the story much more poignant,” Atkin said.
Crow won best short and best director at the Action on Film Intl. Film Festival, U.S., for his 2014 short “Warhol” and the film also won the jury award for social relevance in cinema at the Festival de cinema de Girona.

Mom Says She Was Told To Leave Baby Outside Before Entering...