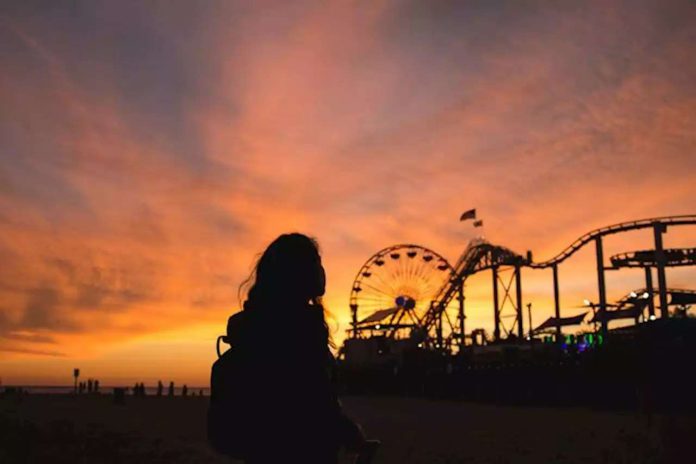 Why you need to outwit these old ways of dealing to get moving.

expert in a mid-sized firm:
“The
leader
of my team is a man given to barking at people. He takes pride in speaking his mind, and frequently remarks that the results we get for clients are great because he’s more like a drill sergeant than not. You know, when the going gets tough, the tough get doing. The truth is that I am constantly on edge because being screamed at doesn’t motivate me. My whole inner circle, including my husband, thinks I either need to push back or find new employment but, somehow, I don’t have the
to do either. I have been there three years and it’s been like this since Day One.”
What may be keeping Eliza stuck are the
unconscious
coping mechanisms and habits of thought she learned growing up. As she tells it, she gears up—starts networking, spiffs up her resume, and everything else—only to stop on a dime and decide that she’s better off staying:
“I start thinking that everyone is fine with him and, yes, we do get great results out of
teamwork
so maybe I’m too sensitive or insecure or something. That is what my mother has said about me all of my life and I start thinking that I’m the problem. And I go back into the same old loop. My husband and friends are tired of my complaining and then doing nothing about it. I know that and it’s added pressure which also makes me worry more. “
Staying on the Ferris Wheel (even when you’re afraid of heights)
Eliza’s not alone, of course. I hear from readers on Facebook all the time how they know they need to exit a relationship—it could be with a friend, a lover, a spouse, or a parent or a
sibling
—and they, too, fall into a pattern quite like Eliza’s. They recognize the problem, they start to plan their actions, and then—just as quickly—they end up buying another round of tickets that will keep them on the Ferris Wheel.
It’s true enough that lack of
self-esteem
underlies these patterns—not believing in yourself or in the validity of your thoughts, emotion, and judgment—but there are other mental habits at work which, once you’ve seen them, you can begin to troubleshoot so that, yes, you can actually get off the ride that is keeping you going in circles.
The 5 Habits of Mind
This isn’t an exhaustive list but the ones I think are easiest to see and to act upon. You may find that some apply to your own situation more than others, of course; it’s hard to generalize in a way that suits every individual. Since I’m neither a therapist nor a psychologist, all of these patterns are drawn from psychological research.
1. Focusing on the positive (and not the big picture)
It’s not that you’re supposed to be walking around, murmuring “My glass is half empty” as some kind of a mantra, but when we are genuinely unhappy in a relationship or situation, we are very vulnerable to the siren’s call of Intermittent Reinforcement. If you didn’t take Psych 101 and never made the acquaintance of
B.F. Skinner
and his hungry rats, here’s the scoop. There were three rats, each in its own cage; in each cage, there was a lever the rat could push. In the first cage, every time the rat pushed the lever, pellets of food were delivered; once the rat understood that this was a reliable source, he paid no
attention
to it unless he was hungry. In the second cage, the rat pushed the lever and nothing happened. Needless to say, there was no incentive to keep pushing so he went off and ran on his wheel. But, in the third cage, when the rat pushed the lever, sometimes food would empty out and sometimes it wouldn’t. That rat became obsessed with the lever—pushing, pushing, pushing—ever hopeful that his efforts would deliver a pile of pellets. That is the power of Intermittent Reinforcement.
And that’s what happens to humans when we get what we want, some of the time; we stay put out of hopefulness.

So when your abusive partner acts the way you want him to or your boss lobs you a compliment instead of yelling, you get all hopeful and start thinking “It’s turned a corner!” when it really hasn’t. Yes, like the rat, you will stay by the lever, filled with hope.
2. Falling afoul of the sunk cost fallacy
Humans aren’t nearly as adventurous as our cultural tropes suggest, and Daniel Kahneman, a psychologist who won a Nobel prize in economics, helped show how risk averse humans really are. The sunk cost fallacy—see the word “fallacy?”—has us thinking about what we have invested in a relationship, job, or situation—it could be time, money, energy, emotion—and that gets us thinking that if we bail, all of that will be wasted. Of course, you can’t retrieve any of those things just by staying in a toxic or unsatisfying situation, but this fallacy glues your feet to the ground nonetheless. Is this something you do?
3. Playing the second-guessing-yourself game
Once you’ve decided on a plan, do you immediately start worrying about whether you’ve missed something important or that you’ve somehow gotten it all wrong? Do you end up fretting and ruminating about your decisions—thinking about what-ifs—and then get sucked into the sunk-cost loop of thinking?
Cut to the chase and trace this behavior back to its roots by writing down the reasons you are making the decisions you are. Research suggests that putting your
on paper can not only clarify your thoughts but motivate you and heighten your resolve. Talk back to the voice in your head that’s saying you’re wrong; that’s an old voice from another time.
4. Normalizing or rationalizing abusive behavior
When Eliza started to hesitate, she stopped focusing on how her boss’s hectoring affected her; instead, she wrongly equated the team’s success with his abusive tactics. When we’re still on that Ferris Wheel, there’s often a tendency to try to smooth over the abuse that’s going on in a relationship; this is especially true if we still desperately want love or caring from the person who’s handing out the abuse, such as a parent, lover, or spouse. And once we start normalizing or rationalizing—“He doesn’t realize how harsh he sounds”; “She is only trying to help me and doesn’t see that her expression is hurtful”—we set ourselves up for Intermittent Reinforcement.
Catch yourself and recognize that some behaviors shouldn’t be excused.
5. Confusing self-blame with taking responsibility
Children who grow up in households in which their emotional needs aren’t met and who are actively marginalized, put-down, ignored, or criticized often cope by blaming themselves. This serves a dual function, as some researchers suggest. First, by blaming yourself you dodge the even scarier notion that the parent or parents who are supposed to protect you won’t. Second, by thinking that abuse is deserved or somehow your fault, you can allow yourself to think that if you can somehow change yourself and your behavior, your parent will treat you differently.
Recognize that self-blame is an old default position and very different from taking responsibility for the actions you actually have taken. Again, self-blame is an old dodge that keeps you stuck, so when you default to that old position, look at where you find yourself as if you were thinking about a stranger. What parts of the situation are out of your control? Which aspects, if any, can be affected by your agency and actions?
It’s not easy getting off the Ferris Wheel, but sometimes, it’s your own patterns of thought that keep you strapped in.
All of this research is drawn from my books, most especially
Daughter Detox: Recovering from an Unloving Mother and Reclaiming Your Life.
Copyright © 2020 by Peg Streep

Have your sex dreams changed? You’re not the only one