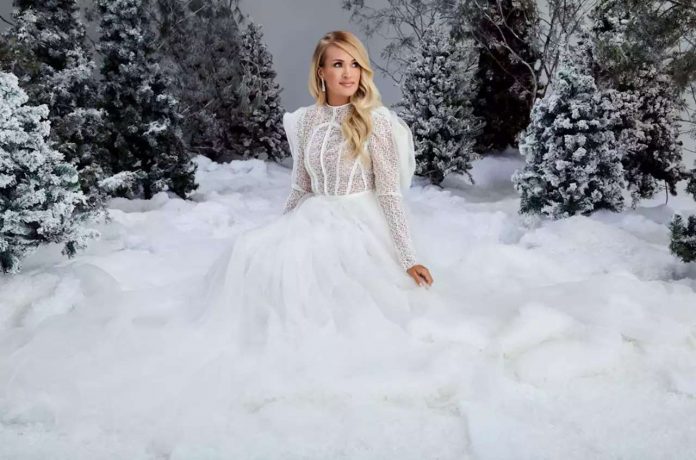 Carrie Underwood and John Legend are getting into the holiday spirit with the music video for their new duet ‘Hallelujah.’

Billboard
‘s Top Country Albums chart.
“It has been in my heart to do a Christmas album for years, and we started planning this last year when we finished the Cry Pretty Tour 360,” Underwood tells
Billboard
.”Who would have known what would happen in the world since then, and how much we would all be ready for the hope and joy that Christmas music embodies this year more than ever.”
Legend will also appear on Underwood’s upcoming music special
My Gift: A Christmas Special From Carrie Underwood
, which will be available for streaming through HBO Max on Dec. 3.
Watch the”Hallelujah” music video below.
By

‘Blizzard of Ozz’ at 40 Ozzy Osbourne Reflects on Career-Reviving Solo...

Everyone is Talking About This Barely-There Sandal Brand