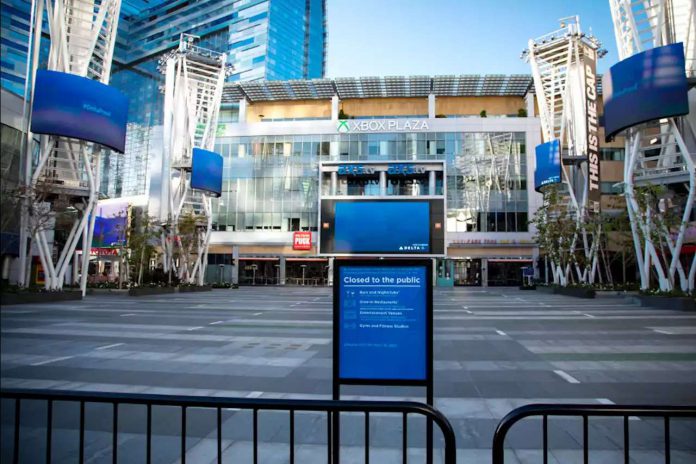 Billie Eilish, Shawn Mendes, Justin Bieber, and more will still perform at the Los Angeles event this weekend — despite a spike in positive test results

Bob Dylan’s Greatest Collaborations
This means that all dancers will be masked as well, which was not the case at Miami’s Latin Grammys on Thursday night, for example. There is also a limit to how many performers and dancers can be on one stage at any given time, although the spokesperson would not share specific numbers.
Regarding how many stages the AMAs were planning on using, the spokesperson would only say that there will be multiple on site. Separate crews have been put together for each stage, the spokesperson assures, and all crew members are required to socially distance and wear facial coverings at all times in the venue. The AMAs team is also working with “two leading safety companies” on all Covid-19 compliance.
Additionally, there will be a mix of remote performances from artists in other areas of the world. BTS will perform in South Korea, and Dua Lipa will perform in London. “To ensure the safety of the show and the best experience for fans worldwide, we do have a few pre-tapes that are seamlessly integrated into the show,” the spokesperson says.
Some performers have traveled into L.A. from other areas for the show despite the remote-filming option, but the spokesperson insists that all of these people have followed “all safety protocols including pre-travel testing.” Along with the mask-wearing, testings, and distancing mentioned earlier, the AMAs team has and will continue to provide temperature-checking, and restricted production-zoning when on set,
Rolling Stone
is told.
One hefty question hangs in the air: Will there be limited or no audience members? “We’re assessing the situation as we go and will make the decision on show day,” the spokesperson says. “If we do have an audience, it will be very minimal, everyone will be following all outlined safety protocols including testing, and will wear face-coverings and be socially distanced — unless they live in the same household.

Unofficially,
Rolling Stone
has only heard that, if there is an audience, there would less than 100 members.
It’s also still not clear if there will be a standard red carpet. The spokesperson instead describes that pre-show part of the usual schedule as “a limited press experience” with “a significantly reduced media presence.” Whatever it will look like, the team stresses that “comprehensive social distancing rules” will be in place at that time as well. When asked if there were new regulations in regards to performers, presenters and hair and makeup social distancing backstage, the spokesperson points to there being “very specific ingress and egress protocols,” but wouldn’t elaborate. The spokesperson says there will be no communal green rooms or non-essential staff on the premises, though.
Dick Clark Productions successfully produced the Academy of Country Music Awards in September and the Billboard Music Awards in October without incident. However, as
reported
earlier this week, multiple AMAs crew members have already tested positive for the virus. “During our routine testing and onboarding process, less than a handful of crew have tested positive,” a representative said at the time. “In accordance with our strict protocols, upon a positive test result, that individual is immediately removed from production, contact tracing is conducted and disinfection is completed. Production is continuing safely and we look forward to an amazing show.”
In This Article:

The Sopranos’ Cast Where Are They Now?

Magic Island Is the Soundtrack to Your Sex Dream-Nightmare