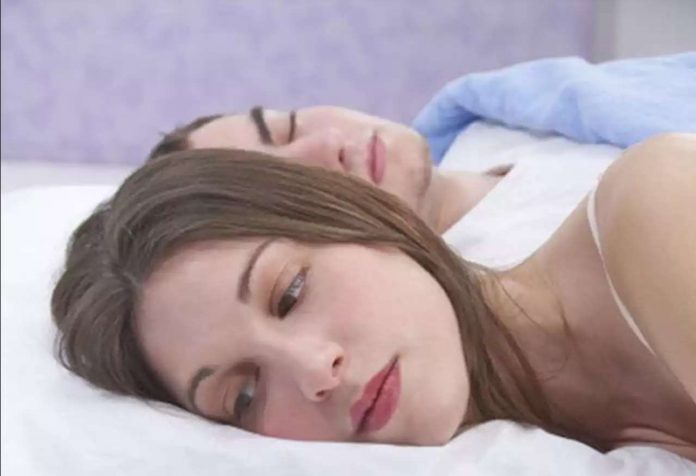 If you like scrolling through your Facebook newsfeed late at night, when you’ve got the little ones to bed and finally have a few minutes to yourself, you’re not alone.

For many busy parents, the only chance they get to catch up on their favourite shows, comment on their friends’ Facebook photos or gossip on Twitter is that window of time before bed. But how is this affecting our sleep?

According to a recent study of over 2,000 British adults, 78 per cent use computers, smartphones or tablets in the two hours leading up to bedtime – and this is meaning more than 28 million adults in the UK are getting no more than seven hours of sleep a night.
This rose to a whopping 91 per cent, among the 18 to 24-year-olds questioned in the survey by You Gov.

‘Getting less than seven hours sleep a night is below the recommended guidelines, and is associated with a range of problems, including an increased risk of weight gain, heart attacks, diabetes and cancer,’ Prof Richard Wiseman, University of Hertfordshire told the BBC.
‘The blue light from these devices suppresses the production of the sleep-inducing hormone melatonin, so it’s important to avoid them before bed time,’ he said.
So, are parents with young children and already disrupted sleep even more at risk?

Forbes Reports Kylie Jenner Is No Longer a Billionaire and Was...