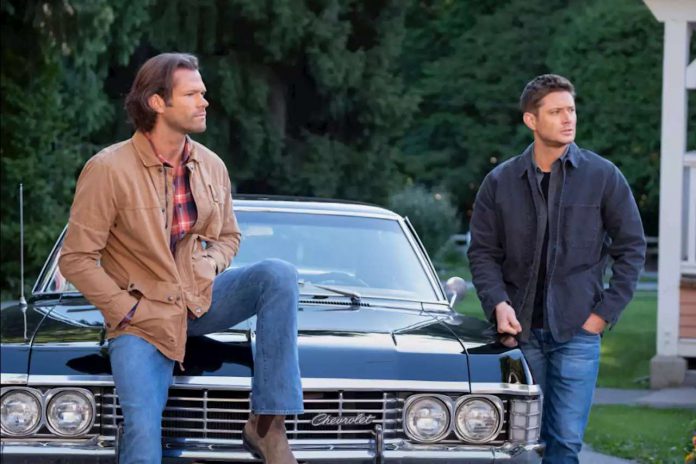 “Supernatural” signed off after 15 seasons on Thursday night with a decent audience bump. Jared Padalecki and Jensen Ackles’ final appearance as the Winchester brothers drew 1.4 m…

Supernatural
” signed off after 15 seasons on Thursday night with a decent audience bump.
Jared Padalecki and Jensen Ackles’ final appearance as the Winchester brothers drew 1.4 million total viewers to the
CW
, which represents the show’s largest audience since April 2019. It narrowly beats the previous final season high of 1.3 million pairs of eyeballs. Ratings-wise, the final two episodes both scored a 0.3, matching the average of the show’s final batch of episodes.
Elsewhere, “Grey’s Anatomy” topped all scripted on the night with a 1.2 rating and 5.7 million total viewers, a small drop from last week’s premiere in both metrics. Fellow Shondaland show “Station 19” took a larger tumble, dropping 25% from its premiere to a 0.9 rating and 5.5 million viewers this time around. “A Million Little Things” premiered its third season to a 0.7 rating and just under 4 million viewers in the 10 p.m. time slot.
Over on Univision, the Latin Grammys 2020 scored a 0.6 rating and an average of 1.6 million total viewers across the night.

This year’s Latin music celebration was hosted by “Roma” actor and Oscar nominee Yalitza Aparicio, telenovela star Ana Brenda and salsa singer Víctor Manuelle.
“Young Sheldon” held firm on CBS with a 0.8 rating and 7.1 million total viewers. Two of the network’s newer comedies in “B Positive” and “The Unicorn” both ticked up from their premieres, with the former scoring a 0.6 and 5.1 million viewers, and the latter a 0.5 and 3.8 million. “Mom” came in even with a 0.6 and 4.9 million viewers.
Over on Fox, “Thursday Night Football” averaged a 2.6 rating and 9.6 million viewers. The game itself saw the Seattle Seahawks beat divisional rivals the Arizona Cardinals 28-21.
“Law & Order: SVU” topped NBC with a 0.5 rating and 2.9 million viewers, followed by “Dateline” with a 0.3 and 2.4 million.
Telemundo averaged a 0.3 rating and 1.2 million viewers for the night.

30 Bodyweight Exercises You Can Do Literally Anywhere