Home Woman Science Says Dogs Are ‘Not Exceptional’ – World Says ‘No One Asked... 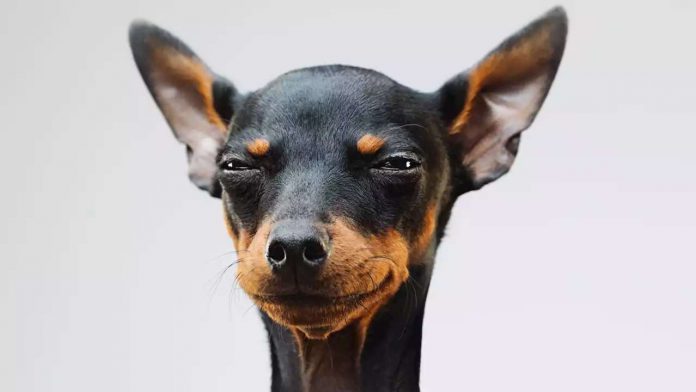 Link copied and ready to share!
Image via SensorSpot / Getty Images
This is what you get when you come at the internet insulting dogs
Literally everyone who’s ever owned a dog knows how perfect and rad and special they are. No matter what anyone says — no matter what
science
says — nothing will convince us that dogs are not genius angel babies sent from Heaven to walk through life by our side. And it’s a good thing, because science is officially saying that’s not the case.
published in
Learning and Behavior
is trying to claim that dogs are “not exceptional,” i.e. they’re not any smarter or more special or better at bonding with humans than any other carnivore, social hunter or domestic animal. Researchers looked at pups’ ability to communicate, sense of smell, trainability and ability to pick up on cues from humans and follow hand signals and commands.

Then they compared those to a bunch of other animals and found that other animals can pretty much do all those things as well or better than dogs.
The study compared canines to dolphins and chimpanzees, which, OK, because those are some of the smartest animals on Earth. But it also compared them to
pigeons
, and I’m sorry, but science is
not
over here telling me my dog is no smarter than a pigeon. This is the kind of thing that’s gonna get science in a fight.
Science should have known better than to come to a place like the internet and try to claim that dogs are not perfect geniuses. The internet ‘gon shut that down
no one asked you, science

Trump Has Reportedly Already Blown Through Nearly a Billion Dollars of...