Home Woman Behind Selena Gomez’s Big 2020 As Both ‘A Businesswoman And a Pop... 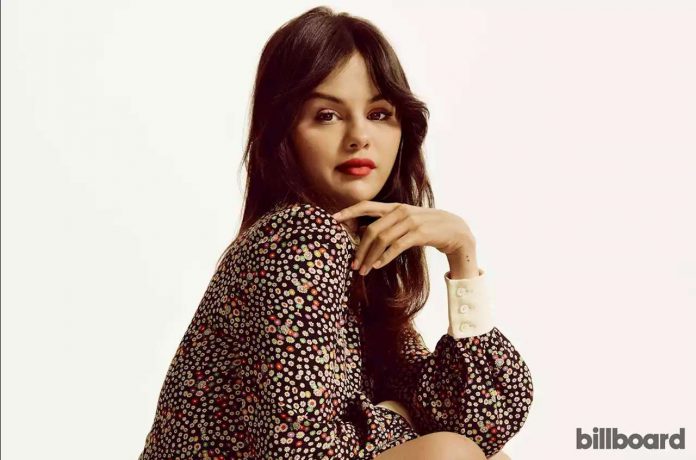 ‘Rare’ offered midtempo dance-pop from the perspective of an unguarded superstar — and Interscope’s marketing strategy was tailored to follow suit.

“Ice Cream,”
which debuted at No. 13 on the Hot 100 and became the K-pop group’s highest-charting U.S. hit to date. “Blackpink is an incredible group and their album is awesome, and I thought it would be so fun to step into a whole different world, so it was a no-brainer,” says Gomez. “It was very different from any music I’ve done, but that was the point. The idea of doing something with a dominant girl group, bringing their culture here — and obviously they did equal for me over there — it just seemed so perfect.” The single’s August release included a multipronged marketing rollout, with a
from Serendipity — a brand in which Gomez announced an ownership stake this year — as well as social giveaways and an ice cream truck safely delivering treats around Los Angeles.
Austin Hargrave
Selena Gomez photographed on December 4, 2020 at Industria in Brooklyn.

Styling by Kate Young. Hair by Renato Campora at The Wall Group. Makeup by Hung Vanngo at The Wall Group. Celine top.
As Gomez plots future releases (she says she has “a whole little vessel of good things coming,” which could include a Spanish-language project), Interscope will abide by that synergistic approach to support whatever comes next for her — album or not. “She’s a businesswoman and a pop star,” says LaMotte, “and all the people who work on Team Selena take that really seriously.”
“It’s nice to know that
Rare
became what it became for me,” adds Gomez. “And obviously I would like to say that it was the best album that I’ve released so far. But that doesn’t mean that I’m not gonna challenge myself for the next.”

Bill Clinton Shouldn’t Speak at the DNC Al Gore Should

Why basil is so good for you p