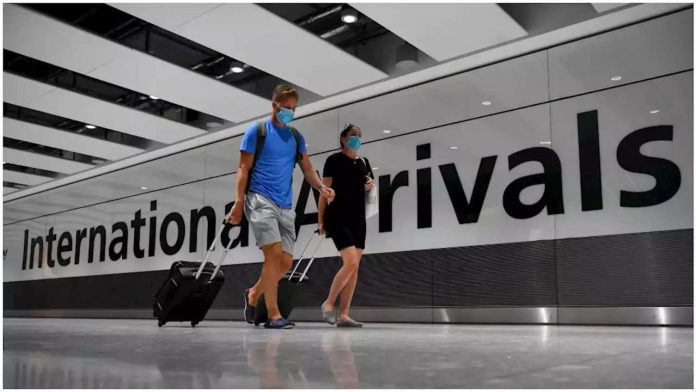 Some ten months after the coronavirus pandemic began devastating England, with 78,000 dead so far, the country now requires all international arrivals, including U.K. nationals, to present a negati…

See All
AP
Some ten months after the coronavirus pandemic began devastating England, with 78,000 dead so far, the country now requires all international arrivals, including U.K. nationals, to present a negative
test taken up to 72 hours prior to departure.
The devolved administrations of Scotland, Wales and Northern Ireland are expected to follow suit.
U.K. Transport Secretary Grant Shapps announced on Friday that from next week, inbound passengers arriving by boat, plane or train will have to take a test. A specific date hasn’t yet been revealed.
Passengers arriving from countries that aren’t on the government’s travel corridor list must self-isolate for 10 days regardless of their pre-departure test result. Passengers will be required to show their negative test result before boarding, and transport operators will deny boarding if necessary. On arrival back into the U.K, Border Force will check passengers’ test results via spot checks.
Passengers arriving in England who have successfully demonstrated a negative result prior to departure from a country that’s not on the travel corridor list will still have the option to reduce the self-isolation period from 10 to five days by paying for a test through the ‘Test to Release’ scheme. The scheme requires a test to be taken on or after the fifth full day since leaving a country not on the travel corridor list.

International crew members arriving in England for film or television production are also currently governed by similar rules. They are able to work immediately upon arrival whilst isolating in a ‘bubble’ for 10 days, or at least five days if they additionally meet ‘Test to Release’ criteria.
The rules, last updated Dec. 14, 2020, state that the earliest they can take a test is five full days after leaving a country not on the travel corridor. This is likely to change, given that the requirement for a negative COVID-19 test is now reduced to 72 hours, or three days, rather than five.
Direct travel from South Africa to the U.K. is now banned due to the outbreak of a new strain of virus there. From Saturday, anyone who has travelled through 10 southern African countries, including Botswana, Namibia, Mauritius and Zimbabwe, also aren’t permitted to enter the U.K. and Ireland. U.K. nationals are allowed to enter, but must self isolate for 10 days.
Countries on the travel corridor with film and television production links to the U.K. include Australia, Finland, Iceland, Ireland, Hong Kong, Japan, Malaysia, New Zealand, Norway, Singapore and South Korea.
Variety

I Faked Being Engaged for the Discounts