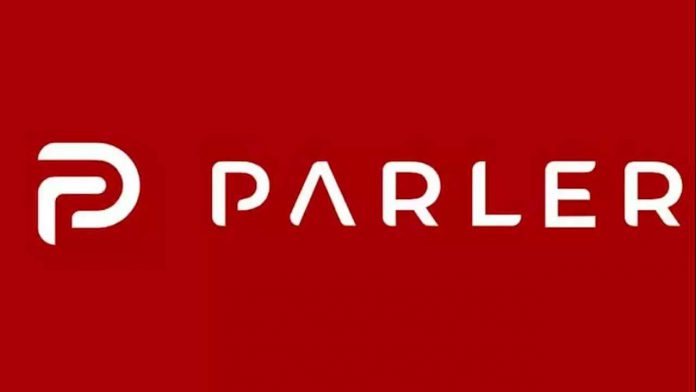 Parler, the social-media app popular among Trump loyalists and right-wingers, was removed from the Google Play Store late Friday — with the internet giant alleging Parler failed to remove “eg…

Play Store late Friday — with the internet giant alleging Parler failed to remove “egregious content like posts that incite violence.”
Also Friday,
Apple
warned Parler, which styles itself as a “free speech” alternative to Twitter or Facebook, that the app faces a ban from the App Store within 24 hours if it didn’t remove content that “encourages illegal activity.” Parler was the No. 1 trending app in Apple’s App Store as of Saturday morning in the news category.
The moves came as
Twitter permanently banned Donald Trump
, citing the potential risk that the aggrieved lame-duck president will foment additional violence among his supporters. Trump accounts on Facebook, Instagram and other platforms also have been indefinitely or permanently blocked after his role in organizing and supporting the insurrectionist mob that occupied the U.S. Capitol on Jan. 6 in a deadly clash with police.
In a statement, Google said that “to protect user safety on Google Play, our longstanding policies require that apps displaying user-generated content have moderation policies and enforcement that removes egregious content like posts that incite violence.” It continued, “We’re aware of continued posting in the Parler app that seeks to incite ongoing violence in the U.S.” and said that “In light of this ongoing and urgent public safety threat, we are suspending the app’s listings from the Play Store until it addresses these issues.”
The Google Play ban reduces Parler’s visibility, but because of Android’s open architecture that version of the app is still available as a direct download from the Parler website.
Apple’s removal of Parler for iOS would be a more serious blow, given that the tech colossus’ App Store is the only way to get apps for its iPhone and iPad devices.
Parler CEO John Matze, in a post on the app Friday, decried the actions by the tech giants, accusing them of double standards.

“Standards not applied to Twitter, Facebook or even Apple themselves, apply to Parler,” he wrote.
“We won’t cave to politically motivated companies and those authoritarians who hate free speech!” Matze wrote. According to Matze, “Most people on Parler are non-violent people who want to share their opinions, food pics and more.”
Matze also posted a screenshot in the app of Apple’s notice to the company outlining “serious App Store guideline violations.”
“We want to be clear that Parler is in fact responsible for all the user-generated content present on your service and for ensuring that this content meets App Store requirements for the safety and protection of our users,” Apple’s Jan. 8 notice says. “We won’t distribute apps that present dangerous and harmful content.”
By Apple’s logic, Matze argued, Apple “must be responsible for ALL actions” taken by customers of their phones, including “Every car bomb, every illegal cell phone conversation, every illegal crime committed on an iPhone.” He also claimed Google did not send Parler an explanation for why it decided to ban the app ban prior to its removal from the Play Store.
Founded in 2018, Parler boasts about its hands-off approach to moderation, in contrast to the stepped-up policing by mainstream social networks like Facebook and Twitter.
While Trump himself currently does not have an account on Parler, his campaign is active on the app as is his son
Donald Trump
Jr. and right-wing figures like Fox News’ Sean Hannity and Tucker Carlson and Rep. Devin Nunes (R-Calif.).
“Speak freely and express yourself openly, without fear of being ‘deplatformed’ for your views,” the company says on its website. “Engage with real people, not bots. Parler is people and privacy-focused, and gives you the tools you need to curate your Parler experience.”

What to Bring to the Beach for the Long Weekend

Sam McKnight On The Restorative Joy He’s Found In Gardening