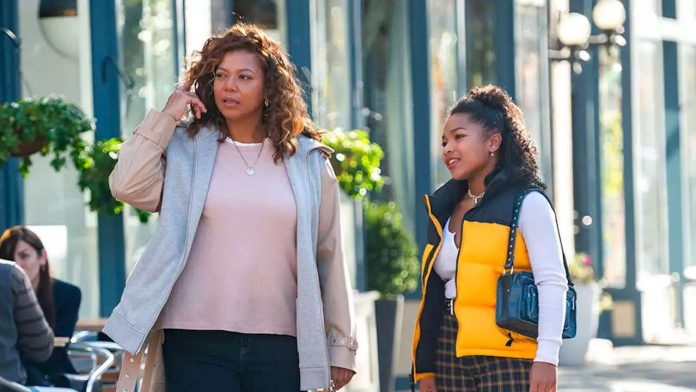 Queen Latifah is an enigmatic hero in the 30-second teaser for CBS’ “The Equalizer,” which is a reimagining of the 1980s series of the same name starring Edward Woodward. Latifah …

The Equalizer
,” which is a reimagining of the 1980s series of the same name starring Edward Woodward.
Latifah stars in the series as Robyn McCall, a single mother with a mysterious background who uses her skills to protect and defend those who cannot do so for themselves. While acting as a guardian angel to others, Robyn is also seeking her own redemption.
The teaser introduces Latifah’s character and her daughter, Delilah, played by Laya DeLeon Hayes. “What’s up with you, mom? Out of nowhere you quit your job last month, you wanna talk about it?” Delilah asks in the clip, to which Robyn responds: “It’s complicated.” Cue a montage of Latifah’s character wielding guns, dodging explosions and saving people.
Chris Noth, who portrays an ex-CIA director, also appears in the teaser, giving viewers a hint about Robyn’s past career.

“This new side gig of yours is raising questions to the CIA,” Noth’s character says. “I don’t work for them anymore,” Robyn quips.
Set to premiere Feb. 7 after the Super Bowl, the series marks the second reboot of “The Equalizer” franchise, following the 2014 film starring Denzel Washington and its 2018 sequel. The cast also includes Tory Kittles, Lorraine Toussaint, Liza Lapira and Adam Goldberg.
Besides her starring role, Latifah is also credited as a co-creator of the series alongside Richard Lindheim, who was one of the creators of the original series. John Davis, John Fox, Debra Martin Chase, Andrew Marlowe and Terri Miller serve as executive producers.
Watch the teaser below.

Perrie Edwards says she didn’t actually want to audition for The...