Home Woman Demi Lovato Dancing With the Devil’ Docuseries to Debut on YouTube in... 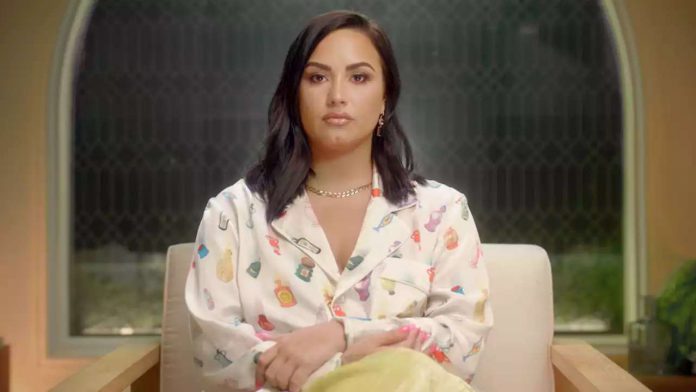 Demi Lovato is returning to YouTube with a new docuseries. “Demi Lovato: Dancing With the Devil,” set to debut in March, will unpack the most challenging times in the artist’s life and …

Demi Lovato is returning to YouTube with a new docuseries.
“
Demi Lovato: Dancing With the Devil
,” set to debut in March, will unpack the most challenging times in the artist’s life and career, including when she discovered the importance of her physical, emotional and mental health. For the first time, Lovato will open up about every aspect that led to her nearly fatal overdose in 2018 and lessons in the aftermath.
“It’s been two years since I came face-to-face with the darkest point in my life, and now I’m ready to share my story with the world,” Lovato said. “For the first time, you’ll be able to see my chronicle of struggle and ongoing healing from my point of view. I’m grateful that I was able to take this journey to face my past head-on and finally share it with the world.”
The docuseries, a follow-up to the 2017 YouTube documentary “Simply Complicated,” will also feature footage from Lovato’s 2018 Tell Me You Love Me World Tour, captured during the early stages of the project’s production.

“We are excited to continue sharing Demi’s brave story,” said Susanne Daniels, global head of original content at YouTube. “
YouTube Originals
is committed to telling real stories about the complexities of life and for Demi to use our global platform to open up about this chapter is something we are very proud of.”
Added the series’ director and executive producer Michael D. Ratner, “Demi’s willingness to explore the darkest elements of her life is going to leave the audience with a complete understanding of everything she’s been through and ultimately where she is going. Demi stands for empowerment, and this documentary is going to answer the many questions that have been out there – providing a real window into the life of one of the biggest stars in the world, who is simply a human being.”
The first two episodes will launch on

Collier Schorr on the Enduring Power of Karlheinz Weinberger’s Photography

How we stay together ‘You can’t spend all your life worrying...