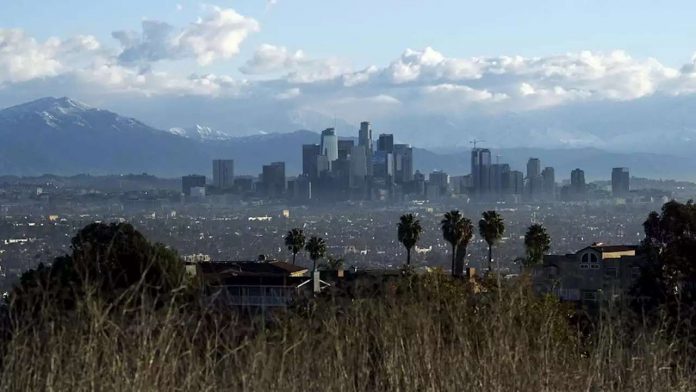 and
Good Girls —
aren’t slated to start shooting again until Jan. 18. Disney and Netflix are said to also be waiting until next week to restart principal photography on their Los Angeles-based projects (or at least the ones they run point on). According to FilmLA, Amazon’s
Goliath
is also in the queue to film this week, along with a handful of reality series.
Not everyone in the industry is in support of the decision to move forward at this time. Just yesterday, the County reported nearly 12,000 new cases, close to 300 deaths and nearly 8,000 hospitalizations, and even recommended that essential workers don their masks at home to further reduce the spread of the virus.”We continue to monitor the data and the continued strain on hospital capacity throughout the region,” said a SAG-AFTRA spokesperson.”In light of this, it is hard to understand how an increase in production in this environment makes a lot of sense.” The guild was one of the groups that called for a production pause earlier in the month, with its president Gabrielle Carteris calling attention to the grim reality in the city.”Patients are dying in ambulances waiting for treatment because hospital emergency rooms are overwhelmed,” she said at the time.”This is not a safe environment for in-person production right now.”
The studios’ decision to move forward with filming is sure to be controversial, but does it represent a blatant disregard for County health department directives? “The County’s recommendation to pause does not take the form of an instruction,” says FilmLA spokesperson Philip Sokoloski.”They have been given guidance that it would be an advantage to Los Angeles to pause for as long as possible, but I think that the County Health Department also understands that there are business imperatives and other logistics that come into play with a decision like this.

The production pause, he explains,”has been a recommendation and request, if at all possible. They understood that there would be exceptions to that and that the industry, where it needs those exceptions, will exercise them.” The Department of Public Health did not respond to a request for comment.
Industry insiders and government officials who feel strongly that productions should maintain their greenlight contend that the film community’s strict on-set COVID safety protocols — which involve frequent testing, ample PPE and enhanced sanitation practices — are effective. Several point to data from the AMPTP that suggests that on-set transmission rates have been considerably lower than the spread of COVID in the surrounding community. The report looked at positivity rates in three key filming locales — New York City, Atlanta and Los Angeles — between Sept. and Nov. and found that while the national community spread rate exceeded 13 percent by late Nov., the industry spread rate was about 0.3 percent. In Los Angeles, when the community spread rate was more than 14 percent in late Nov., the industry spread rate was around 0.2 percent, according to the data collected.
But that’s not to say there haven’t been positive tests logged on productions. According to
, there were a total of 28 positives across two Warner Bros. productions —
Lucifer

Destiny’s Child’s Michelle Williams Said This Is How Fitness Helped Her...