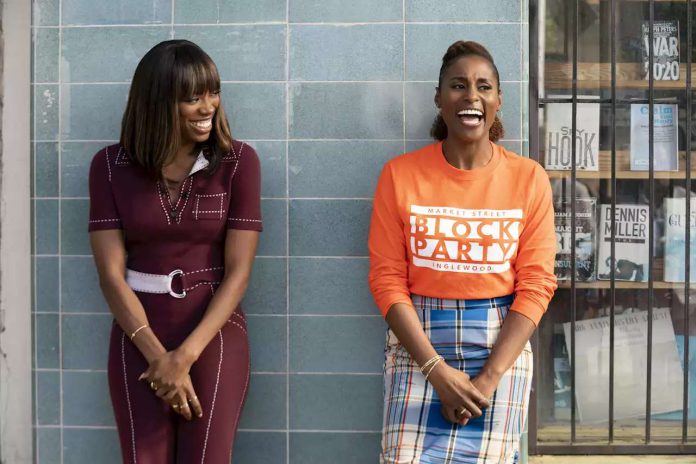 Issa Rae’s hit series to begin production this month, is expected to air later this year

January 13, 2021
“Issa has turned insecurity into an iconic form of comedy,” Amy Gravitt, HBO’s executive vice president of programming, said in a statement. “The show is as incisive as it is heartfelt, and it has resonated strongly with its audience because of the deeply personal work that Issa, Prentice [Penny], Melina [Matsoukas], the cast and the writers have put into it. This talented team has conceived a brilliant final season for
Insecure
and we look forward to having many more stories to tell with this singular group of collaborators.”
Insecure
premiered on HBO in 2016, with Rae adapting the show from her hit web series,
Awkward Black Girl.

A South Korean Menswear Designer Harnessing the Power of Nature