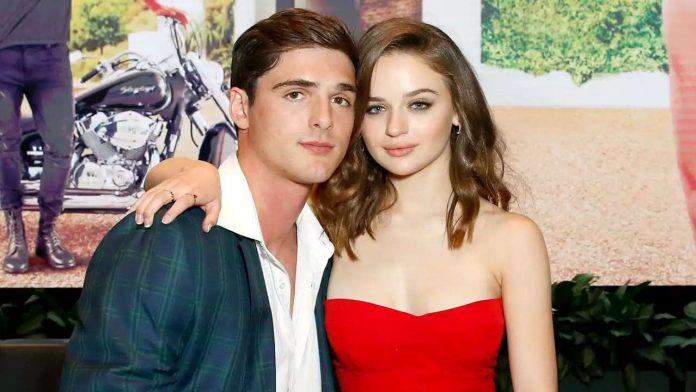 The third and final film in the franchise is due out this year.

). In the sweet moment between the couple, they appear to be spending the day at a water park as a shirtless Noah playfully lifts a bikini-clad Elle in the air.
The Kissing Booth 3
takes place the summer before Elle heads to college. It’ll follow Elle as she grapples with the decision of if she should follow Noah to Harvard or Lee to Berkley.
An earlier teaser for the third flick showed Elle secretly agonizing over her college decision while trying to have fun with Noah at the pool. In the clip, Elle ends up momentarily putting her worries aside to sneak off for a romantic rendezvous with her beau.