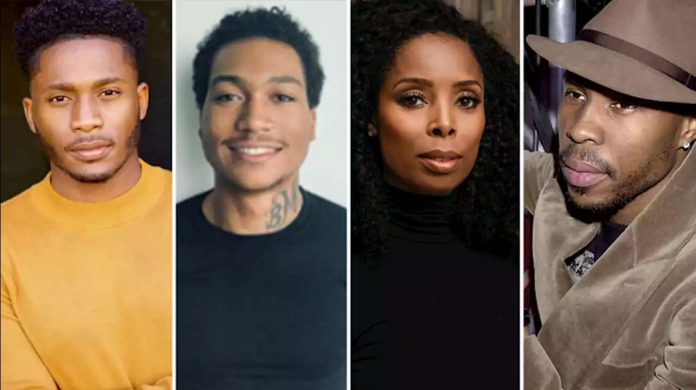 Empire
,” “Power,” “Why Did I Get Married?”), who has also served as a director on “P-Valley,” “Star,” and “Big Sky,” is set to direct the first episode and multiple others for the Starz drama. She and Jackson were both instrumental in Flenory Jr.’s casting.
Da’Vinchi will play Terry “Southwest T” Flenory, brother of “Big Meech” and mafia co-founder. Flenory, described as the quiet and calculating brains behind the fraternal partnership, is torn between identities as a new father and as a shrewd drug trafficker and money launderer, who must juggle these conflicting duties and secure the safety of his brother and his child. Harris is set to portray Pat, the first mentor of Meech and Terry and reverend O.G. that instilled the “family-first” attitude that ultimately served as both the cornerstone for the Flenory brothers’ rise to power in the game and the crux of their climactic fallout.
Flenory Jr., Da’Vinchi, and Harris will join previously announced cast members Russel Hornsby (“Fences,” “The Hate U Give,”) as Charles Flenory and Arkeisha “Kash Doll” Knight as Monique.

Steve Harris (“The Practice,” “Diary of a Mad Black Woman”), whose casting as Detective Bryant was also previously announced, will act alongside his brother, Wood.
“Black Mafia Family” is produced through Jackson’s G-Unit Film and Television production company in association with Starz and Lionsgate Television. Kathryn Tyus-Adair, SVP of original programming, is the executive overseeing the series on Starz’s behalf, and Erin Conroy is the executive overseeing the series on Liongate’s behalf. Along with Jackson and Huggins, Terri Kopp, Anthony Wilson and Anne Clements will also serve as executive producers. Jackson is represented by APA and attorneys Eric Feig and Stephen Savva.
The drama begins filming in Atlanta and Detroit this month.

Weird How Many Criminals Worked for Donald Trump’s Campaign Isn’t It?